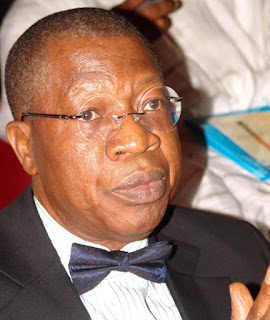 APC national spokesperson, Lai Mohammed this morning on Channels TV said President Buhari never promised to do anything within his 1st 100 days in office.
"Buhari never promised to do anything in 100 days, that's the honest truth. You see, when you are running a campaign, all kinds of literature will emerge from all sorts of groups but I came here and I said there are only just two documents that you can judge a party with. that is the constitution of the party and the manifesto of the party. Those are the only two documents that are registered with INEC you can go to court on or hold a party accountable for" he said


His statement comes a few days after presidential spokesperson, Shehu Garba released a statement distancing President Buhari from two documents tagged "One Hundred Things Buhari Will Do in 100 Days" and the other, "My Covenant With Nigerians.". The documents had a list of promises President Buhari and APC during their campaign, vowed to fulfill within his 1st 100 days in office if elected.
The statement in part reads: "Both pamphlets bore the authorized party logo but as the Director of Media and Communications in that campaign, I did not fund or authorize any of those. I can equally bet my last Kobo that Candidate Buhari did not see or authorize those publications. As a consequence of these publications, expectations have been raised unreasonably, that as President, Muhammadu Buhari will wave his hand and all the problems that the country faces- insecurity, corruption, unemployment, poor infrastructure would go away. But that notwithstanding, President Buhari has given the job his best shot and the whole country is saying that we never had it so good. He has re-instituted the values of hard work and administrative efficiency. The President says times without number that this country needs to fix governance and that he won't tolerate laziness".
Posted by Connoisseur at 06:51