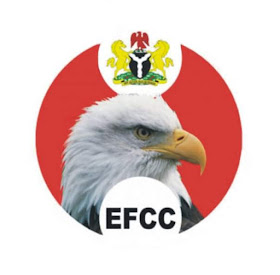 A Federal High Court sitting in Apo, Abuja, has ordered that Mr. Victor Onofiok, former Commissioner of Police (CP), Works, is to be remanded in the custody of the Economic and Financial Crimes Commission till June 1.


Justice Chizoba Orji gave this order on Tuesday after Onofiok pleaded not guilty to the 21 count charge levelled against him by the anti-graft commission.

The EFCC is charging Mr. Onofiok for crimes ranging from abuse of office to money laundering and illegal diversion of police funds to the tune of N1.9 billion, before Justice Chizoba Oji of the FCT High Court sitting in Apo, Abuja.

Count One of his charges reads: “That you, CP Victor Onofiok (rtd), while serving as CP Force Headquarters, between 2008 -2009 at Abuja, within the jurisdiction of this Honourable Court being a servant did unlawfully use your office and position to corruptly confer unfair advantage upon yourself and business registered names which you operate namely: Faksene International, Dutse Allah Construction Ventures, Nne-Edak Technical Ventures, Puristic Adherent Company and Quality Watch Construction Company.”

Meanwhile, Count 15 reads: “That you, CP Victor Onofiok (rtd), while serving as a Commissioner of Police, CP, C Department Works, Logistics and Supply of the Nigeria Police Force, Force Headquarters, Abuja sometime in September 2011 at Abuja within the jurisdiction of this Honorable Court while being employed in public service knowingly acquired indirectly a private interest in a contract for rehabilitation of 3 Nos. 8 flat Inspectors Quarters at Victoria Island, Police Station Type B at Bar Beach and rehabilitation of 1 No 8 Man Rank and File Quarters at Ikorodu, Lagos State, in the sum of N95,670,500.00 (Ninety Five million, Six Hundred and Seventy Thousand, Five Hundred Naira) awarded to Quantity Watch Construction Company, a registered business name on account of your public service as the Commissioner of Police, C Department, Works, Logistics and Supply and thereby committed an offence contrary to and punishable under Section 12 of the Corrupt Practices and other Related Ofences Act 2000.”

Mr Victor Onofiok was the Commissioner of Police, Works from his appointment in 2014 till his arrest in November 2016. He is alleged to have awarded contracts worth more than N1.9bn to companies in which he had interest: Dutse Allah Construction Ventures, Nne-Edak Technical Ventures, Puristic Adherent Company, Quality Watch Construction Company and Faksene International.

The Police Works Department is one of the most funded departments in the Force, as it is in charge of all building projects across the country, including at barracks, police stations and training schools.
Connoisseur at 14:32
Share