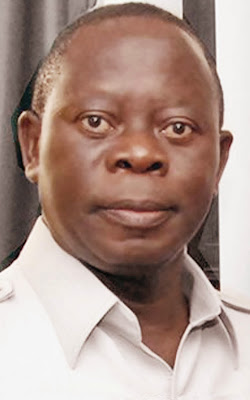 Gov. Adams Oshiomhole of Edo State on Saturday morning survived a motor accident on his way to Benin City. Below is a press release from the Edo State Government…

Governor Adams Aliyu Oshiomhole survived a motor accident at Ewu Village along the ever-busy Benin-Auchi road in Edo State at about 9.45am Saturday, 28th December 2013 on his way back to Benin City from his Iyamho Village. The incident occurred at about 9.45am at Ewu, in Edo Central Senatorial District, when a Peugeot J5 Bus filled with tomatoes and plantains apparently lost control and rammed into the Governor’s Flag Car from the opposite direction before swerving into a roadside ditch.

Posted by Connoisseur at 12:05