BREAKING: Unoma Akpabio is back 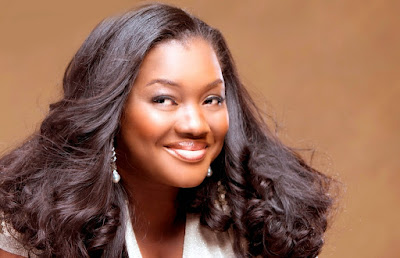 After several death rumours, the wife of Senate Minority Leader, Mrs. Ekaette-Unoma Akpabio is “back”.  She surfaced on the social media on Thursday night, putting up a post that obviously shows that she is grateful to God.


“One Song I love singing “Father, to You alone be all the glory and adoration forever more”, she posted on her facebook account.
She underwent a major surgery in a German hospital. Soon after, speculations were rife that she didn’t survive the knife.
The husband, Senator Godswill Akpabio in an interview confirmed that the wife had a surgery but that she is alive.
“During the cause of my wife having our children, my wife had caesarian child deliveries. Well, what we didn't know was that for some reason there was a devastating surgical error. In sewing back my wife's womb, some surgeon sewed up her bowels to her skin. Not just in one place but in several places. My wife took ill. During investigation, doctors discovered this surgical blunder. We were all shocked, including the doctors.
“The doctors have therefore had to conduct several surgical operations to detach and untangle my wife's bowels from her skin. It's been a terrible time for us and I have had to be there for her, that's why I travel to make sure she's ok.
“It's therefore very hurtful when I read some of these wicked rumours on the internet. Some have even gone as far as saying the Igbos are after me and asking for their daughter back, none of this is true. People have sat down and created these stories - it's wicked. What's worse - the purveyors of these stories are a few disgruntled people from Akwa Ibom State”, Senator Godswill Akpabio said.
Posted by Connoisseur at 14:32