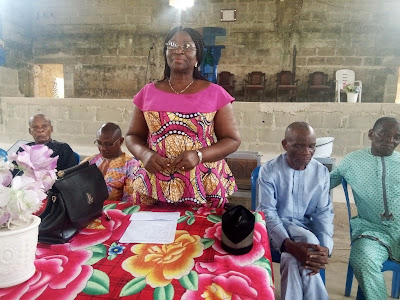 Youths of Ikot Akpan Obio Ekot in Etinan LGA have been encouraged and challenged to take their academic pursuits very seriously as this forms the bedrock of success and fulfillment in life.
The immediate past Commissioner for Science and Technology,Akwa Ibom State, Dr. Elizabeth Donald Obot gave the indication yesterday when she launched her scholarship scheme for youths of the village at the Salvation Army Church, Ikot Akpan Obio Ekot, an edifice she built.


She stated that the scholarship scheme was in fulfillment of the pledge she made on the 26th of December 2016 during the annual solemn assembly of the village held at the town hall. She promised to pay JAMB fees for interested and serious minded youths of the community and also to sponsor any Ikot Akpan Obio Ekot youth who wished to pursue a career in medicine.
The initiative she said was not a party affair or political jamboree but a community project born out of her burning passion for the educational emancipation of the community as she decreed the unfortunate scenario where youths of the community abandoned their education to pursue menial and degrading jobs in strange places. 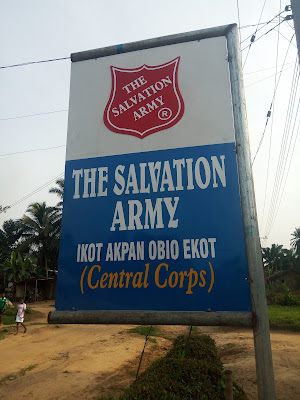 Dr. Obot maintained that it was her earnest desire to see young people emerge from the community take over from the older generation of professionals like herself who would one day bow out. Furthermore,she promised to use her connections and goodwill to secure tertiary admission for those qualified.
In his response,the village head of the Ikot Akpan Obio Ekot, Eteidung Rev. Dr. I. Idem thanked God for blessing the community with such an illustrious and thoughtful daughter describing Dr.Obot as a blessing to her people.
He lauded her for her unparalleled benevolence and kind gesture and urged the beneficiaries and their parents to make the best use of the opportunity. He expressed dismay at the low turn out of beneficiaries despite the many names on the list who indicated interest,labeling such attitude as tantamount to the progress of the community.
He was optimistic that turn out would improve in subsequent editions of the scheme and prayed God to richly bless and reward the sponsor and her family immensely. 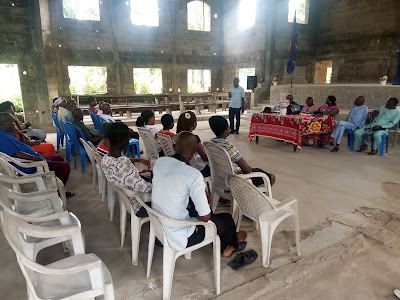 In a separate reaction, The Husband of the sponsor, Obong Engr. D. A Obot expressed his overwhelming happiness at such a historic event that will reposition the community. He reiterated the importance of education to any society and challenged the youths to rise to the occasion as their destiny was in their hands. He appreciated his wife for the initiative and commended the beneficiaries for responding accordingly.
One of the parents who spoke on behalf of parents showered encomiums on Dr. Obot and thanked her for remembering her people and for paying attention to their yearnings. He expressed optimism that the beneficiaries would justify the huge investment in them
Delivering his vote of thanks, a PDP ward elder representing the Ward leader Southern Iman Ward 1, Obong Friday Brownson lauded the initiator of the scheme for undertaking such a worthy course, thanked the village for their support and urged the beneficiaries to be good ambassadors of the village. He prayed God to grant the sponsor the ability to do more for the community.
Also in attendance at the event were the wife of the village head, Obonganwan Promise Ndem, PDP Women Leader,Southern Iman Ward 1  Obonganwan Victoria Joseph Akpan, Deputy Ward Chairman, Southern Iman Ward 1, Ekere Oscar 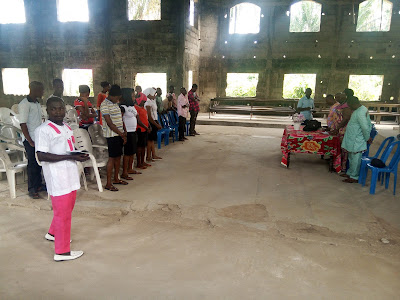 This initiative by Dr. Elizabeth Obot is one of other landmark projects undertaken by her for the community which include  Free community medical outreach held last year, rural water project, building of the Salvation Army Ikot Akpan Obio Ekot corps and others too numerous to mention. These are all projects aimed at bettering the lot of the community.

Posted by Connoisseur at 04:31