DAVID LAWRENCE: THE COUNT DOWN TO EKET STATE CONSTITUENCY BRIEFING/EMPOWERMENT AND THE JOURNEY SO FAR IN THE SIXTH ASSEMBLY 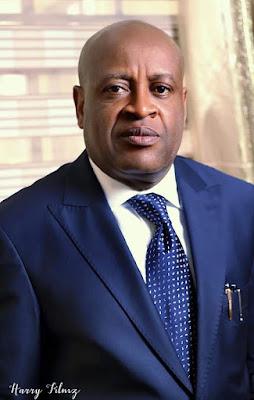 As the historic day for the first ever constituency briefing and empowerment in Eket holds on Friday, June 8, 2018, we examine the journey of Hon.David Lawrence Udofa, the Member representing Eket State constituency, in the Akwa Ibom State House of Assembly.

Since the advent of the sixth Assembly in 2015, David Lawrence has kept a good account of himself, moving to emerge as the Deputy Chief Whip in the current Assembly, with a sterling performance and effective leadership of the people.

As part of his legislative oversight functions, he has initiated the flood and erosion control at AME Zion primary school, Usung Inyang, which was carried out by Niger pet limited.

David Lawrence has constructed an ultra-modern civic center and ICT training center at Idua road, for the training of Ekid people. Between 2015 and 2018, Hon.David Lawrence has given a capital and interest free loans to small scale business owners in Eket.

As the days leading to the biggest empowerment in Eket, about 300 undergraduates from Ekid extraction, have been paid bursary assistance, and twelve students with CGPA of 4.0 and above offered scholarship fir next academic session. This is aside the many students, in secondary and tertiary institutions, currently enjoying scholarships under the education programme of the House Member.

In his quest and love for education, Hon.David Lawrence donated desks and chairs to schools in his constituency.

As part of his job creation strategies, Twenty constituents had secured SUBEB jobs through a recruitment process with their National Certificate in Education (NCE), on his recommendation.

As a man, whose interest has always been to put that of his constituents uppermost, five persons from Ekid, were employed in Baker Hughes Nigeria Limited in Lagos, fourteen were employed in the Nigerian Security and Civil Defence Corps (NSCDC), over twenty of his constituents have undergone skills acquisition training programmes in different fields of endeavours, including, pipeline and argon welding, catering and food processing, solar energy technology, paint production, safety and defensive diving and automobile repairs.

Aside the numerous financial assistance David Lawrence has rendered to all and sundry, he currently pays over 35 Ekid people in his employ on a monthly basis, with a wage bill of over 1.2 million Naira monthly.

Looking at his developmental strides, the Eket State House Member has attracted the rebuilding of the Eket Stadium through the Akwa Ibom State Governor, and has maximized his relationship with the Governor to better the lots in his constituency.

The building of the new Urua Nka market, has also been his brain child, as the State government has partnered with a Chinese firm, for the reconstruction of the market.

Wood dealers in Eket have been allotted a new place at Ikot Use Ekong, which is serving as the new timber market. Feelers from Eket points to the fact that, David Lawrence journey in the Assembly has been rewarding and eventful.

On the 8th of June, 2018, history will be made. Activities in Eket will stand still, in honour of their illustrious son, who have conquered and stood tall among his peers in the Assembly.

The Akwa Ibom state signage bill sponsored by Hon.David Lawrence have been passed into law. This is aside from other bills, co sponsored by the Lawmaker.

As the 2019 elections gets closer, putting David Lawrence performances side by side, we see a man, deserving of a second term in office, who is poised for a return, to take Ekid people to her Eldorado.