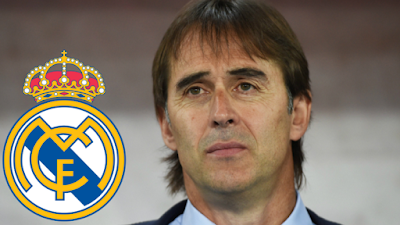 
"Julen Lopetegui will be the coach of Real Madrid after the 2018 World Cup in Russia." a statement read on their official website.

"Real Madrid CF announces that Julen Lopetegui will coach the first team for the next three seasons.

"Julen Lopetegui will join the club after the participation of the Spanish team in the World Cup, after two years leading the national team."

But his appointment has come as a huge surprise, considering the likes of Mauricio Pochettino were linked with taking over Zinedine Zidane's job.

Posted by Connoisseur at 08:13