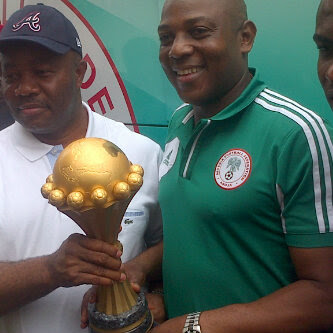 The governor of Akwa Ibom State on Sunday, 24th March, 2013 donated the sum of 37million naira to the AFCON 2013 victorious Super Eagles team. A break down of the amount shows that each of the 23 players will take N1 million each, the 17 technical assistants will pocket N500,000 each, Coach Stephen Keshi was given N2million while his assistants pocket N1million each. 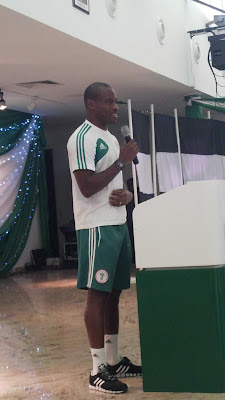 Gov Akpabio also gave a distinguished son of the state and skipper, goal keeper Vincent Enyeama a 3 bedroom flat in any government estate in Ikot Ekpene or Uyo of his choice.
The governor whom of recent has had a series of backlashes because of his donations also pledged support to the Super Eagles in their next outing in Brazil (World Cup).
He gave out his souvenir jerseys to the Super Eagles. The jerseys were branded in the official orange color of Akwa Ibom State.
www.CONNOISSEURng.com will bring you more photos later. 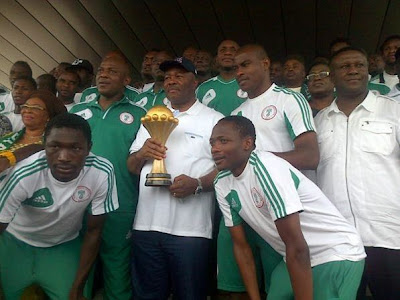 Posted by Connoisseur at 07:10