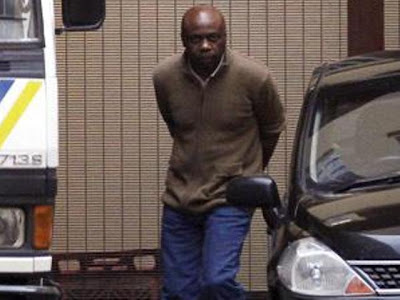 Nigerian Henry Okah was jailed for 24 years by the South Gauteng High Court in Johannesburg on Tuesday.
The charges related to two car bombs in Abuja, Nigeria, in which 12 people were killed and 36 injured on 1 October 2010, the anniversary of the country's independence.
The second bombing took place in Warri on 15 March 2010 at a post amnesty dialogue meeting. One person was killed and 11 seriously injured.


Claassen sentenced Okah to 12 years imprisonment for each of the bombings and 13 years for the threats made to the South African government after his arrest in October 2010.
The 13 years would run concurrently with the 24 years.
Posted by Connoisseur at 09:08