Read what someone wrote about Sam Adeyemi 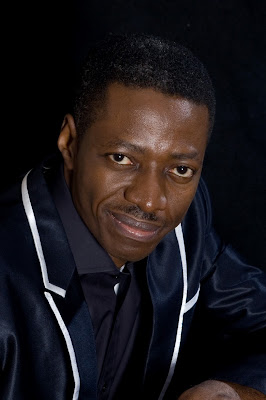 Someone wrote this little piece about inspirational speaker and Pastor, Sam Adeyemi and it has been circulating on the social media and I find it very interesting to share. Read below…


This is Sam Adeyemi. He pastors a congregation of about 20,000 people. He runs his own businesses unrelated to the church. He doesn't receive salary or allowances from his church's purse.
He is graduate of Civil Engineering. He is married to Nike Adeyemi and they both have 3 children. They live in a modest house. They don't have a house help or steward. They carry out their chores by themselves.
Sam Adeyemi dresses modestly. He is not extravagant or flamboyant. He does not have more than two cars per time. He doesn't have a driver. He drives himself and doesn't drive in a convoy. He obeys traffic laws. He doesn't have any body guard(s).
My wife and I have bumped into him in town a number of times. One of such occasions was in a shopping mall. He came alone and got his groceries by himself. He was polite to those who approached him. He did not jump the queue. He conducted himself modestly.
He doesn't do fund-raising neither does he cajole people to pay their offerings. He frowns at manipulative doctrines that enslaves people. He preaches liberating messages. He does not involve himself in name-calling. He does not encourage people to use appellations for him. His name has not been mentioned in any scandal till date. He doesn't belong to any caucus neither does he involve himself in partisan politics.
He motivates his associate pastors. He gives them opportunity to discover themselves. He supports those who breakaway to start their own congregation and maintains a supportive, effectual and healthy relationship with them.
Himself and his wife run charity organisations where they provide shelter, food and education/employment opportunities for the needy. It is not a one-off activity. It is a persistent lifestyle for them.
He is well informed on entrepreneurship, leadership, health, sports, politics, government, human rights, education, science and technology. He does not discriminate against people of other religion.
Sam Adeyemi is a good example of how Jesus wants us to live. He encourages others to follow suit. He is my role model. This is not hero worship and today is not his birthday or anything like that. I am only celebrating excellence because I know it inspires others. God brightens your day.

Posted by Connoisseur at 21:02