Who is Don Jazzy? 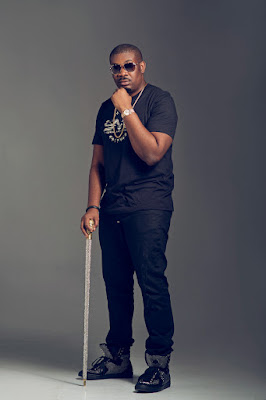 I had nothing on my mind before I slept yesterday night but surprisingly, I woke up with the question "Who's Donjazzy"? "Could this be a joke or am I just silly this morning?" I asked myself but couldn't get a cogent answer or a reason why the question kept popping up on my mind. I decided to "sleep" so I could forget the thought about Donjazzy but it failed! I couldn't close my eyes not to talk of sleeping so I stood up, picked up my phone and started "Sleep Typing"...

To be very honest? I know who donjazzy is but I don't even know who he is. Stupid? Surprising? I don't even know! Little or nothing do I really know about Donjazzy but I know him to be very hard working, jovial, humble, kind to people, the timid one....... I think I truly know who Donjazzy is but hey?! I still don't know. ( Laughs ) and HEY! Yes! Donjazzy is a man of Virtue! Ok, to be very honest, what do I know about this man with the name "Michael Collins" but generally known as "Donjazzy". Sometimes before now, I used to wonder how he came across the name or how he formed the name himself. Ok! Imagine I was eating, drinking and I jumped up to say "YES! Call me Donjazzy"! ( Laughss) .... For Michael to form that name? He must have seen what most of us ( fans) didn't see.

I heard he was once a guard at Mc'Donalds in UK or is it US? *Confused* anyone ( laughs) and I kept wondering at a time why a "Used to be guard" named himself "Donjazzy"... Definitely, I say again, he must have seen or experienced some things that changed his thoughts.

In one word? I will say he's a "BOSS"! Like it or hate it, Michael is a BOSS a.k.a "JAGABAN". I was in jss2 or 3 when I first heard the name "Donjazzy" but I didn't hear it that way but I heard it this way "It's donjazzy again" and I got so attracted with the name and brand. I won't lie to you people, Dbanj made me love the name, brand, personality of DONJAZZY! Consistent "It's Donjazzy Again" made me love the man more and after I heard "Why Me" I became a true and die hard fan of Donjazzy and mohits but.........
Donjazzy has worked with so many talented musicians ( IkeChukwu, Dbanj, Wande coal, Kayswitch etc) and still working with some set of talented ones ( ReekadoBankz, Korede bello, Di'ja, Tiwa Savage, Dprince) and I must say or let me say, we must be honest "He's helped them all to achieve in this music industry"... No doubt, the Mo'hits breakup pained many but moving on was the best thing. Donjazzy might have his flaws but he's still a great man everybody look up to.

Have you met this man before? ( Reality o, social media o, in your dreams oo) have you? If no then please try because it worth it. The first time I saw donjazzy was in one of my dreams and he showed how humble and kind he is to me via my dream. Donjazzy is a man of virtue! He's a gift! He's a blessing to many souls both known and unknown individuals.
NOTE::: No matter what you do or who you are, people will definitely hate!

I followed donjazzy on twitter some years back and ever since? He's showed me many reasons to believe "You can be great, famous, wealthy and still be humble"..... Quickly, let me give a shout out to 2face Idibia and T.W.O ( these people are of the same set #Humility). Michael Collins known as Donjazzy is dripping of Humility. I'm sure if I ask many Nigerians why they like Donjazzy, they might list many reasons but won't ever forget to add "Because he's humble noni". So many scenarios where you expect him to flare up but he won't but rather use words like "Egbon or say Give me my credit" ( Laughs )..... But forgetting those moments? Donjazzy is an humble being!

Again, who's Donjazzy?
Jazzy is talented! Oh my G! That big headed man is super talented! Wait! Let me count how many dope beats he's produced, 1, 2, 3, 4, 5, 6..... 80, 81, 83.... No doubt, he's one of the best producers if not the best in Nigeria. His nose and head might be big but common, they aren't big for nothing. Big S/O to banky W too, those guys head BIG! Ok let's go back to Donjazzy. With his fingers, God has blessed so many artistes with awards, recognition, endorsements etc so why won't you give kudos to this man? Don't hate! GIVE KUDOS to him! I'm not saying all these to flatter anybody but when you see a talented one, say it! Have you listened to WandeCoal's "M2M" album? No? Please go back and listen. To me? Donjazzy made his best beats for WandeCoal but what happened after all the time he put? *Coughs* Never mind!

Another info about Donjazzy? Oh well, he's a blessing to many! Let's talk about helping artistes. He's helped so many youngsters ( the known and unknown, the signed and unsigned). I remember when donjazzy signed Reeky, Korede and Di'ja. I saw it as a waste of time or a way to urgently pay back but the first set of songs from these youngsters didn't go well for me at all. See now? They are doing very well. Reeky bagged "Next Rated", Korede made a jam "Godwin, Romantic" and Di'ja doing fine too. Why some people hate Don is what I don't know. He might have his flaws ( we all have) but then, don't forget everything he's done for the industry and the people of the industry. NO doubt, he's a figure to look up too. "His head is big, I Concur, his nose to big I concur) ... *Laughs*...
Simplicity? You can't take that away from Don! Hear me, you don't have to wear Gold Chains before your fans or anybody knows about how wealthy you are. I have seen Donjazzy many times and I salute his simplicity in all ramifications! This feature? I won't mind stealing it from Don!

Talk about his social media interaction with his fans? The best! Although, any celebrity can sit behind the so called handle and try to be humble or try to love his fans but common, Donjazzy is exceptional when it comes to chatting with his fans and making them happy. I'm a follower on twitter, facebook and instagram so I know almost everything he's done for people. *Even though I have won most of the things he's shared*.... I'm sure fans like him more because he's one of the few celebrities that gives his fans attention.

Let me say this before I drop my phone because I'm sleepy... Donjazzy is a very SHY being and the shy person is the boss of one of the best record labels in Nigeria/Africa "Mavin Records" a home to ( Tiwa Savage, Reekadobanks, Korede Bello, Dr sid, Dprince)  Ok! Bye!

I still don't know who Donjazzy is but I think I do!
*Drops phone, jumps on bed, covers body*

Written by @RealBabymouth
Aderogba Diji.
Posted by Connoisseur at 10:08