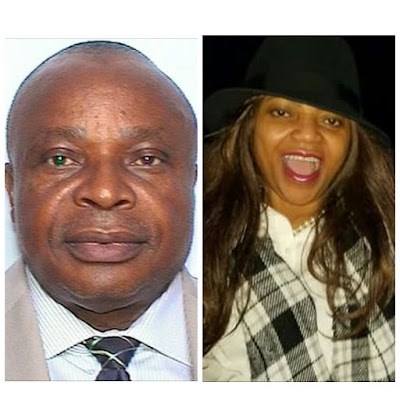 Senator Nelson Asuquo Effiong, the distinguished lawmaker representing Eket Senatorial District (Akwa Ibom South) of Akwa Ibom state at the Senate of the Federal Republic of Nigeria is involved in a financial scandal amounting to the tune of ten thousand dollars.


According to documents obtained by our correspondent, Effiong received the whooping sum of $10,000 on 18th March 2015 at exactly 11:23AM from a Nigerian lady, a graduate of nursing administration based in the United States and identified as Nsedu Onyile through the Bank of America in Charlotte, North Carolina in a transaction made by one Ante E. Okwong on behalf of Onyile.

Sequel to acknowledging receipt of the money, the 64 year old lawmaker has embarked on a spree of heaping venoms on his benefactor, Onyile as well as constituting a threat to her life our correspondent has garnered, in an obvious attempt to evade repayment of the said cash.

According to an email of acknowledgement from Effiong, the $10,000 was a 'donation'. In fact, he said, 'you will tell all those you have mentioned if I had ever begged you for a dime to do my election until you voluntarily called me and said you want to make a donation... I will mess you up in Oron, Akwa Ibom and Nigeria I swear. You will show the whole world if I got a loan from you, the paper I signed and the agreement we entered into. Just try any nonsense and I will tell the whole world'.

Onyile has retained the legal services of A. B. Cobham & Associates who are solicitors of the Supreme Court of Nigeria and in a 6th October 2016 letter signed by one of the law firm's solicitors, Dr Emmanuel B. Eyo Esq., to the President of the Senate of the Federal Republic, it is observed that, 'After Senator Nelson Effiong had acknowledged the receipt of the transfer of $10,000 (Ten Thousand dollars), rather than appreciating and pay back the said sum of money on our client's request; he poured venoms, insults and vituperations on our client. His email to our client reveals his gross misconduct of dishonesty, insincerity and obtaining by false pretence. Tersely we consider it to be scandalous, libelous and immoral for a Senator of the Federal Republic of Nigeria to utter such words'.

Petitions have since been forwarded to the Inspector General of Police, the Archbishop of Methodist Church of Unity in Wuse Zone 3, Abuja, and the president of the Senate of the Federal Republic of Nigeria.

Culled from NegroidHaven
Posted by Connoisseur at 23:09