SUNNY IBUOT; ANOTHER JOHN-THE-BAPTIST WITHOUT AN ANNOUNCER? 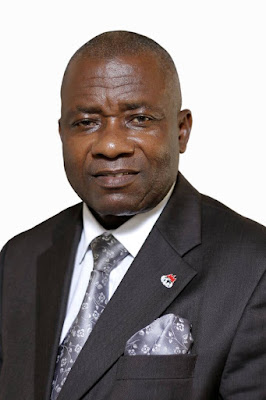 Ikot Ekpene is the premier Local Government Area in West Africa. She has enjoyed smooth political transitions in the past decades.
As an indigene of the area, I'd been passive about our political representatives at the Federal House of Representatives until recently when reality stared me in the face, since then, I'd decided to be intentional
about who represents me and most importantly, the process that births him/her. I decided to take up a fact-finding mission on aspirants gunning for the Ikot Ekpene/Essien Udim/Obot Akara Federal Constituency seat in order to make an informed decision. I combed available materials and asked questions about the aspirants. Of all the aspirants, Pastor(Hon.) Sunny Ibuot's profile caught my attention.

In 2008, Sunny Ibuot was duly elected and sworn into office as the Executive Chairman, Ikot Ekpene Local Government Council. His inauguration as far as I can recall was greeted by very high expectations due to his sterling performance within the banking sector and for the religious folks, because he is a Pastor.

- The building of an ultra-modern Local Government Secretariat with a legislative chamber. Duly completed and comissioned by then Governor Godswill Obot Akpabio.

- Refurbishing of healthcare facilities and provision of portable water within the facilities.

- Procurement and distribution of brand new Toyota Corolla cars to all the Councillors and other principal officers in his cabinet through a car ownership scheme.

- Award of N500,000 marriage grants to bachelors/spinsters among the Councillors.

- The Council partnered stakehoders in the provision of cars to ward chairmen, aged clan heads and chiefs to assist their mobility.

- His administration initiated the daily sweeping of major roads. This project engaged the services of women in the area who were promptly paid throughout the lifeline of his leadership. The initiative was later adopted by the Akwa Ibom State Government at the time.

- Payment of bursary and other education grants to indigenes studying in higher institutions across the country.

- His administration facilitated the employment of more than thirty graduates from Ikot Ekpene Local Government Area into the civil service.

- Skills acquisition trainings for unskilled youths in the area.

With the aforementioned, Pastor(Hon.) Sunny Ibuot's administration can be likened to that of the Biblical John the Baptist whose coming had very little or no publicity.

Knowing fully well that the business of lawmaking/representation requires more than just eloquence which of course Sunny Ibuot possesses, my sentiment is that as a renown Chartered Banker, Ibuot will most likely find his way into the budget committee of the National Assembly where he will make significant inputs to better the lives of his constituents.
...& YES, zoning favours him.

I am persuaded to believe in this course and I know that Ikot Ekpene Federal Constituency will experience a new dimension of representation in the Green Chambers.

CAVEAT: Opinions expressed in this article are views of the author based on personal research.
All correspondences to officialudemeokono@gmail.com
Posted by Connoisseur at 02:07