MEET THE SHAMELESS WOMAN IN MARITIME OF NIGERIA 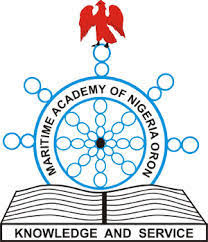 It is amazing how some unrepentant and incorrigible staff of Maritime Academy of Nigeria, Oron would shamelessly wash their dirty linen in a stadium and pretend to have forgotten their stinking past and conspicuously criminal deeds of the present. Having lost their consciences to the beaming lights of unfolding truth, one would have expected such fellows to leave the remaining part of their life in perpetual silence and self-pity for imminent repercussions.

But, instead of doing that, these miserable fellows have surprisingly resorted to the social media soliciting public pity and trying in vain to rubbish the irreprehensible persona and stainless record of service of their bosses in the Academy who are determined to clean up and transform the 4—year institution.

Our investigations have revealed how a former catering officer in the Academy has embarked on a campaign of character assassination against her bosses in the social media. According to findings, her major grouse against the system is the current sweeping wind of change blowing across the Academy, which she is very uncomfortable with. Therefore in a show of revenge, she has chosen to peddle all manner of lies possibly to win public sympathy.  In particular, she is quoted to have complained that, because of the changes, all her previous sources of making money illegal money from the Academy have been blocked by the present management which she descried as “as too strict and disciplined”.

One of our sources who did not want her name to be mentioned revealed that she has been working with this woman for a long time and was surprised to read she recently posted on Facebook, instead of thanking God she is fortunate to still be a staff of the Academy considering the atrocities she has been committing over the years which of course are in public domain. “I am personally shocked that she could have the boldness to use the social media to say anything about Management of the Academy even when she knows that her record in the Academy stinks, the source revealed.

Providing more glimpses into what was described as “this woman’s dirty past”, another reliable source who claimed to be her closest friend disclosed to our reporter that he cannot forget in a hurry how her immoral adventures with a former Rector of the Academy became the talk of the town, such that at a point her sex videos went viral on YouTube and other social media platforms. He however hinted that, perhaps because of the mountain of evidence, till today she never came out or attempted to refute the truth.

Our further investigations on how and when this former catering officer was employed into the Academy also threw some lights. Source confided in us that she was employed during the late Joshua Okpo’s tenure as an administrative officer, but because of her amorous ways, she was redeployed in a twinkling of an eye to serve as a cook in her Rector-benefactor house. According to the informant, it was not also long when the Rector’s legal marriage dissolved as she assumed full control of the Rector’s life, to the extent she used to organize parties in joints around the popular Maitama area of Akwa Ibom Housing Estate in cerebration of her new-found love, which this our source confessed she too used to attend each time invitation was extended to her.

It was revealed that following the questionable death of Dr. Joshua Okpo, her accomplice-Rector, she surreptitiously found herself back to the Academy and was welcomed with fanfare in the days of Mkpandiok Mkpandiok who assigned her as Catering Officer, amidst complaints amongst staff who already knew her. In the words of one of our informants, “Even her excesses became unbearable and 2 panels of investigation were set up to handle our cases, she used her visible and invisible powers to make sure such was swept under the carpet by the Management principalities that favored her. Yet she is the one now complaining of maltreatment. When I saw what she posted on the social media, I was shocked.”

Commenting on one of the ways this woman used to make money from the catering department of the Academy, another source who is still working with her as a staff, said that one tactic was taking for herself greater part of the money budgeted for meals for the Cadets, sometimes buying a full cow and sharing it amongst the few staff she favoured. She added that although out-of-favour staff had observed this in the quantity and quality of food to the Cadets, no one had the heart to speak up in fear that the authorities which she had under her armpit might even turn against them. “But when Cadets could not contend the short-changing any longer even as it was obvious on their physical outlook and level of concentration, some of them started to complaint against the Management and even taking photographs of the meals and posting them on Facebook. I want to believe that the information must have filtered to the present Management and that warranted certain steps being taken. I think this must be part of this woman’s anger against some members of the present Management”, the source stated.

An investigation and interaction with some of the Cadets on why pictures had to be taken of the meals threw more light on the matter. They said that the moment she stepped in, both the quantity and quality of meals progressively and rapidly dropped. According to one of them, “This affected our energy level and overall performance at examinations and extra-curricular activities because you cannot be at your best with that can kind of food. On many occasions most of us had refused to eat the food because you can easily see the quality, let alone the quantity. Our confidence however was that the new Rector did not know about it and that the moment that happens, change will come. And it came. Today we are well fed with the best quality food. We are appreciative of the steps taken so far”, said one happy ND2 Cadets.

It obvious that the present administration has clearly exposed the depth of rot upon which the Maritime Academy Nigeria stood in the previous years. The best approach to issues should be for staff like this woman in question to adjust their old ways and flow in the present tide. It is our strongest opinion that using the social media to castigate might always be counter-productive for those in their sinking boat of iniquities. Evidence on ground, even the present physical outlook of the Academy, is enough to convince everyone that this is indeed, a new era.
Posted by Connoisseur at 13:31