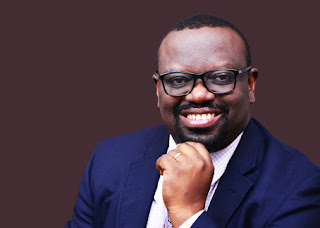 Owodiong-Idemeko, who also celebrated workers in Akwa Ibom and Nigeria, emphasized the need for workers to be given living wage instead of minimum wage for a decent life.
The Senate hopeful and National Coordinator of 1001+ Voices, a grassroots democratic movement, who shared his thoughts with newsmen on the 2018 Workers’ Day Celebration, said gone are the days when what the “Labour Union needed was to perfect the act of persuasion and negotiation, challenge employers of labour to ensure that their employees had a living wage. What really determines the quality of life for a worker is not so much the amount of money that is transferred to him but all the other facilities available beyond the world of work.”
He stated that “there is need for us to continue to emphasize the idea of paying workers living and not minimum wage. We must emphasize the need to upgrade our safety and health laws for the worker. We must call for the protection of women and men from sexual harassment in the workplace,” he stressed.
Owodiong-Idemeko, who has been called for a higher responsibility by the people of Uyo Senatorial District, further said,  “Providing general security in the nation that ensures workers can move around freely to do their work without fear of being kidnapped or killed while performing their duties as well as guaranteeing improved welfare for members of our security forces, should be of primary concern to the Nigerian government as we reflect on this year's Workers’ Day Celebration.”
His thought also reflected on a situation “where workers wages will not transform to a decent life as long as the health sector remains hopeless; and lecturers spend more time on strike than in the classroom.”
Owodiong-Idemeko, a pioneer graduate of the University of Uyo, said though “placards can moderate and force governments to have a rethink in some of its actions and inactions, government and governance will always remain the basic medium by which decions are made on who earns what and who gets what, and therefore should not be left in the hands of inexperienced people to run.
He wished all workers in Akwa Ibom and Nigeria in general a happy celebration and charged them to always toe the path of dialogue in expressing their demands.
Posted by Connoisseur at 07:30