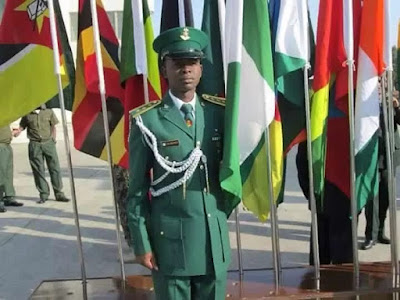 The very bitter story of one young and brilliant army Major Erasmus whose life was cut short in a Boko Haram attack, has been told by a friend who in shock cannot bear the news of his buddy’s demise. According to the horrified friend named Raphael Edem, the sad news of Major Eramus’ demise, filtered in yesterday, October 7.Edem, who is an aide to Governor Udom Emmanuel of Akwa Ibom State, took to his Facebook wall to pour his heart out regarding the irreplaceable loss of his friend and a Nigerian hero in his own right.
Read more »
Posted by Connoisseur at 02:51 No comments: 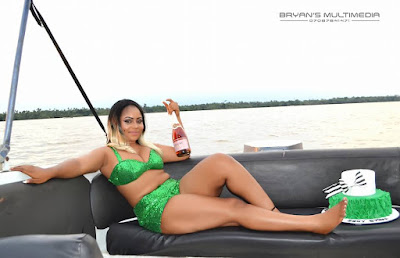 Budding actress – Etima Lee defied Nigeria’s present economic recession and treated friends to a luxury birthday bash at twins’ island resort, Marina Calabar. Sources claim that the exclusive event which was strictly by invitation, may have cost the Nollywood sweetheart over a million naira to put together. The event, which held on board a chattered boat had in attendance a handful of family, close friends and associates of the actress. Twins resort where the event held is famed to be the island Mary Slessor took rescued twins to for safety. Etima shares birthdays with Nigeria’s independence anniversary and hence the party was green and white themed. Below are photos from the event.
Read more »
Posted by Connoisseur at 09:09 No comments: