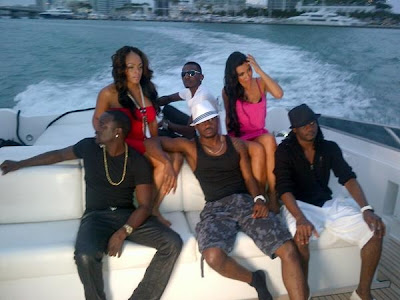 Connoisseur.com had earlier reported that Psquare is shooting the video of one of the hit tracks of their 'Invasion' album - Chop My Money. We also told you that they are featuring Senegalese-American singer, Akon in the video. Above is a pix where they are on set with Mista May D (the only signing of Square Records), Akon and some models.