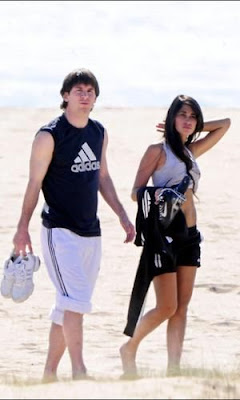 Lionel Messi, considered one of the best players ever, might soon be facing bigger challenges off the pitch as there are reports he might be a daddy soon.
The news first broke on an Argentine radio program and has since been confirmed by multiple media sources. player Lionel Messi and his long-time girlfriend Antonella Roccuzzo are reportedly expecting their first child together.
According to Diario Uno a newspaper where Messi is from say it tried contacting Messi's parents, to enquire as to whether the news were true. They say nobody confirmed the story but nobody denied it either, concluding they think the couple are being left to break the story themselves. Maybe the couple is trying to bring the happy news with caution and only family and close friends would receive the news.
Messi became the all-time leading goalscorer for , as he scored 234 times for the Catalans — and is still just 24 years of age.
Even Pep Guardiola has compared 'The little maestro' to basketball legend Michael Jordan.
Now fans are waiting for Lionel and Antonella to confirm the pregnancy. 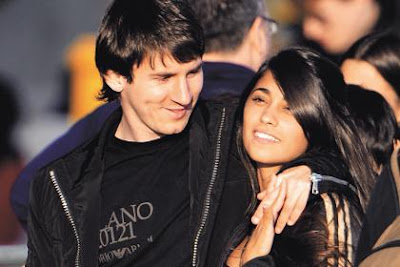 Posted by Connoisseur at 04:38