As tall as Uwah, by Paul Sylvester 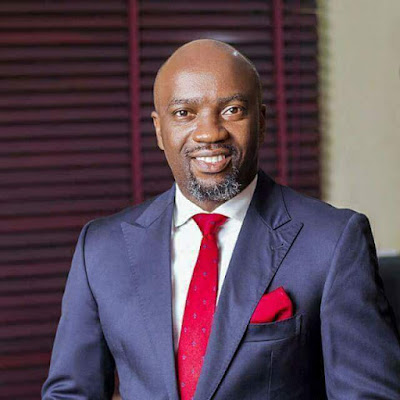 The phenomenon of exceptionality  portrayed in the maxim, "if you want to be heard, speak out, if you want to be seen, stand out", is apt and precise in describing what or who exist out of the conventional.

Ours is a society where average mindedness seems to thrive well and as such, it looks like a miracle to see certain feats being achieved, especially by young people. Even so, there is a growing trend of spring-ups of innovations and ideas collectively adding to the general development of our immediate society. In view of this, certain names come to mind when one considers the place of the innovative community in Akwa Ibom State. On this score, Ime Uwah stands tall, and, on this special day, we rise in unison to celebrate an icon as he clocks the symbolic age of 40.

For many known reasons, the Rainmaker (as he is called by close associates) has been able to stand tall in his own right, so much so that his entrepreneurial and leadership height becomes a standard in this clime. Driven by commitment to solve societal problems, Mr Uwah, through his business platform, (Eni Group) has led an innovative trend amidst consistency, commitment and focus. In an entrepreneurial journey that began in 2003 with XL Flavours, a food services outlet, to 2012 with the establishment of Eni Stores Limited and 2014 with the expansion of the business to cover a number of agro services.

As in the opening paragraph of this piece, for one to be seen, he has to stand out and in fact, stand tall. In standing tall, Uwah has successfully made his name to become a brand. The Rainmaker has stood  tall by becoming one of the most productive Special Assistants to Gov. Udom Emmanuel, since appointment as SA, Marketing & Branding in 2015. He is as 'tall' as successfully interpreting the governor's 'Dakkada' dream, by seeing to the mobilisation of over 15,000 'Dakkada' ambassadors across all Local Government Areas. Uwah is so tall, tall enough to see to the set up of 31 'Dakkada' cooperative societies, with great support to small rural businesses especially in agro related areas.

As a product of the prestigious Lagos Business School, Mr Ime Uwah has not disappointed his generation. In fact, he is a model to many. Perhaps, this explains why his boss had to choose him for the job. However, it's an inspiration and lesson to young people, the fact that Mr Uwah has been able to find practical solution to some challenges of our society, notably unemployment, food insufficiency and leadership.

Today is special, very special in the record books of some people who know the Rainmaker -  and for those who may not have known, suffice it to bring to the fore the record of Uwah's symbolic act on this day in 2017 being his birthday, the choice of erecting a state-of-the-art church building in his Atan Offot home town. Beautiful enough, not only is this church his chosen venue for a private Mass to mark his 2018 birthday anniversary, the gesture is what is replicated by his boss, Gov. Udom Emmanuel in the ecumenical center. The pointer here is, Ime Uwah and his boss are of same ideological stock, which makes them a fitting team.

As tall as Uwah is on the social pedestal, a number of things give him credence as the man of the people. Going back to the days where Ime Uwah served as youth leader of the Peoples Democratic Party (PDP) in Uyo chapter, records also reveal that all ward youth leaders in the chapter were well treated, earning monthly stipends among others. Still, the Rainmaker made no noise about it, a virtue of humility that is exceptional.


All in all, one can only learn from Uwah, strive to stand up tall in many good areas for the good of our state and country.
Posted by Connoisseur at 04:55