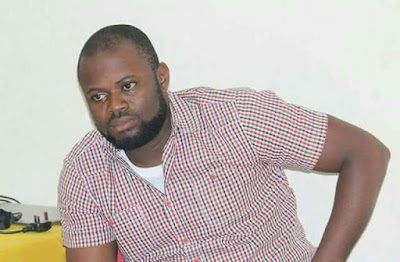 The ugly side of the Nigeria Police was yesterday demonstrated at the premises of the Akwa Ibom State House of Assembly when a journalist working with the Akwa Ibom State Broadcasting Corporation (AKBC) attached to the Assembly Press Corps, Mr. Samuel Ayara, was mercilessly brutalised as a result of which he suffered eye injury from teargas spread on his face.

This is coming barely two weeks after the state Police Commissioner, Mr Adeyemi Ogunjemilusi, visited the Assembly to seek closer collaboration and support of the legislature to enable the state police command achieve maximum result in their duties.

Sunday Agada, the policeman identified as the one who allegedly initiated the assault on Ayara, is said to be attached the member representing Ikot Abasi/Eastern Obolo State Constituency, Mr. Uduak Udoudoh.

While Ayara was attacked with tear gas, other policemen allegedly gathered around Ayara and used the butts of their guns to hit him on his body and head.

The attack created panic, as people moving around the office of Mr Odudoh ran helter-skelter to avoid being affected by the teargas.

“I was going round the offices of some of lawmakers at about 12.30pm to interact with their wives who came to celebrate Valentine with their husbands.

"When I was in front of the office of the member representing Ikot Abasi State constituency, Mr. Uduak Udoudoh, one of his security details shouted at me saying, ‘Who are you and where do you think you are going to?’

“I asked him why he yelled at me and if that was how he addressed people. Almost immediately, policemen numbering about 10 gathered around me and started beating me. Some hit me with the butts of their guns and another released a tear gas canister on my face.

“Afterwards, none of the policemen apologised to me. I am an asthmatic patient and the tear gas is dangerous to my health", said Ayara shortly after his colleagues rushed to the scene of the incident.

When contacted, the Chairman of the House Committee on Information, Ime Okon, told the PUNCH that issue had not been reported to him.

"The issue has not been brought to my notice. I am not aware", Okon had said.

Chairman of the Akwa Ibom Council of the Nigeria Union of Journalists, Mr. Patrick Albert, condemned the assault and said he would investigate and meet with the Speaker on the issue.

Albert said, “The assault on Ayara is condemnable. We cannot continue to condone a situation where our members are constantly molested while carrying out their duties.”

Ayara's case was not the first time a security agent would assault a journalist in Akwa Ibom State. In December, last year, an operative of the Department of State Security (DSS) attached to the Akwa Ibom State Government House in Uyo reportedly attacked five correspondents of national newspapers.

The journalists: Iniobong Ekponta of Nigerian Tribune, Inemesit Akpansoh of The Guardian, Emeka Samuel of Nigerian Pilot and two others were assaulted at the gate of the Government House by the DSS operative.

Ekponta and his colleagues went to the Government House to keep a scheduled appointment with Mr. Ekerete Udoh, the Chief Press Secretary to Governor Udom Emmanuel, but they were refused entry into the government house and, upon inquiry on why they should not be allowed in, the overzealous officer threatened to open fire on the reporters if they would not heed his instruction to reverse their car out of the Government House.

A former The Nation Correspondent, Kazeem Ibrahim, was once hospitalised for weeks following heavy beatings he suffered from DSS officials while trying to cover government function at the Government House Banquet Hall during the regime of former Governor Godswill Akpabio.

...Additional report culled from The PUNCH and The GUARDIAN
Posted by Connoisseur at 00:36