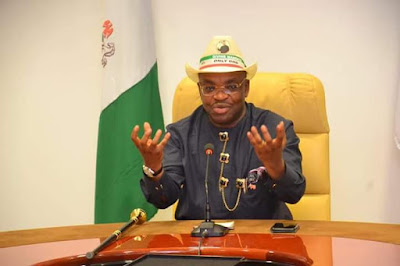 The spiritual leader of Christ Deliverance Ministries Inc. CDM-Lagos, His Grace, Prophet Ekong Ituen, has advised Governor Udom Emmanuel of Akwa Ibom State to be watchful over betrayers and pretenders around him within Peoples Democratic Party-PDP, who claims to be loyal but are working towards his downfall.


He said the Governor will soon realize that he  trusted many in error as they will soon defect to another political party and urged him to purge his government from sycophants and political informants.

Similarly, the man of God had given such advice in the past concerning political relationship between Akpabio and Udom which was taken for granted.

He urged Akwaibomites to commit 2019 Governorship election in Akwa Ibom State into the hands of God for His will to be done.

Ituen, who predicted accurately the outcome of Ekiti governorship election stated this recently when concerned Akwa Ibomites visited him at his Church Headquarter in Lagos.
Posted by Connoisseur at 14:40