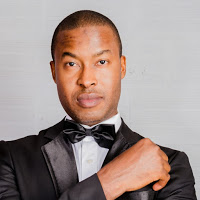 A former star presenter with Channels Television, Sulaiman Aledeh has joined Arise TV. Sulai who left Channels TV few days ago presented from the London studios. He made his debut at 5pm on Saturday. Arise TV is owned by media mogul, Nduka Obaigbena. 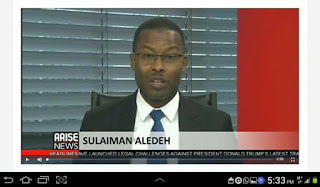 Prior to joining Channels TV, Sulaiman Aledeh was an on-air personality at METRO FM. He was part of the golden generation of the radio station at that time. During his time at METRO, the station had Charles Anazodo, Frank Edoho, Cordelia Okpei, and Kamal Salau on its roster.
Sulaiman Aledeh was the face of News At Ten on Channels. He was also the producer and co-host of station’s breakfast show Sunrise Daily.
Sulai as he is fondly called graduated from the University of Benin with a degree in Philosophy. He also has a Master's degree from the University of Lagos in Humanitarian and Refugee Studies.
Posted by Connoisseur at 10:01