Ace sports analyst, Iniobong Monday back together with ex girlfriend 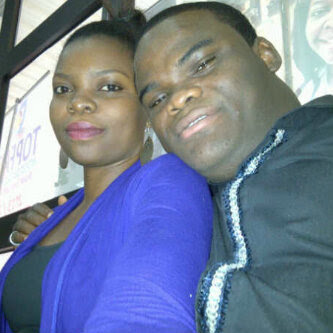 This is authoritative. I have been keeping an eye on the duo. Iniobong Monday, the well respected sports analyst is back with his ex-girlfriend, Emem Ndem. Close family sources confirmed this www.CONNOISSEURng.com. After breaking up for more than a year, eyebrows have been raised and questions asked as to why the relationship which was a cynosure suddenly fell lack a pack of cards. But like I reportedly few months back, (read HERE) they are back and from my findings, they mean business this time.


I learnt that Emem went as far as having a pact with Iniobong’s family. Of recent, Ini who just returned from South Africa where to he went to see some matches at the just concluded AFCON has been putting up his ex’s picture (maybe I should expunge the ex) on his blackberry DP.
Some of the pictures show the lovers together in a romantic mood while others show them attending public functions together. I learnt that the dark-skinned duo have been so ecstatic about their reunion. Iniobong in particular shows off his lover to anyone who cares and he is making it look as if he is someone who is falling in love for the first time *winks*. Hehehe, abeg no mind me ooo. I hope this time the romance will lead them somewhere. I’m waiting for my IV.
Posted by Connoisseur at 03:07