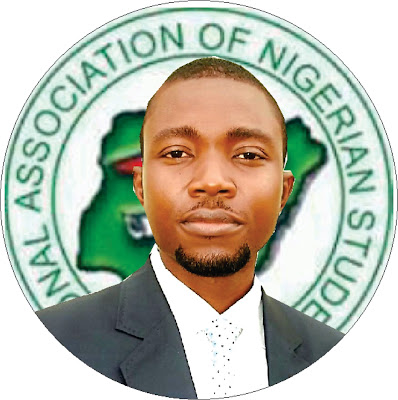 National officers of the National Association of Nigerian Students (NANS) who were elected at the 27th National Convention of the apex Nigeria students’ body held from 13th – 18th December 2012 in Uyo the Akwa Ibom State capital have been sworn in. The occasion, which was held at the International Conference Centre, Abuja on Thursday 14th of February 2013 featured an inaugural lecture by His Excellency Owelle Rochas Okorocha, Executive Governor of Imo State. Dignitaries present at the historical event included the Senior Special Assistant to the President on Students and Youths - Comrade Jude Imagwe, the Vice Chancellor of Afe Babalola University – Professor Sidi Osho, as well as past and present leaders of NANS. In line with NANS tradition, the oath of office was administered on the NANS President – Comrade Adeyinka Gbadebo by the 27th convention chairman, Comrade Khalifa Adamu Bello. The NANS President thereafter administered the oath of office on his exco members who were charged to uphold the general interest of Nigerian students at all times.


While addressing journalists at the event, the Vice President Special Duties of NANS, Comrade Ubon Marcus commended the Hon. Minister  of Niger Delta Affairs, Elder Godsday Orubebe for his commitment to the development of the Niger Delta region in particular and the country in general. Comrade Marcus noted that Elder Orubebe is one of the outstanding Ministers in the President Goodluck Jonathan cabinet due to his competence and passion for excellence expressed in the discharge of his duties, and emphasized that Nigerian students are impressed with the level of work on the East-West road and the close supervision of the project by the Hon. Minister. He further stated that with the level of on-going work on the road, the project will indeed be completed in 2014 as promised by the Hon. Minister.
The student leader also congratulated Elder Orubebe for his loyalty and unwavering support for President Jonathan, noting that such support base for Mr. President is highly necessary as no leader can succeed without the support of his lieutenants. He however lamented over recent verbal attacks on the Hon. Minister and described it as unnecessary and inimical to our growth as a nation. According to Comrade Marcus, what the Hon. Minister faced is as a result of his support for His Excellency President Goodluck Jonathan and urged him to remain undeterred in his service to His Excellency and the nation. The NANS Special Duties VP also called on Nigerians to show more support for Mr. President noting that by the end of his administration, President Goodluck Jonathan will be one of the best presidents Nigeria has ever produced.
The NANS Vice President also seized the opportunity to applaud the Super Eagles for their victory at the 2013 African Cup of Nations and subsequent award of National honors by His Excellency President Goodluck Jonathan. He expressed his happiness with President Goodluck Jonathan for providing adequate funding for sports development and his removal of politics from sports administration. He also commended the Hon. Minister of Sports, Mallam Bolaji for providing necessary logistics and described the AFCON victory as a plus for the Jonathan administration.
Comrade Ubon Marcus promised to discharge his duties as vice president special duties effectively to the best of his abilities. He promised to take NANS back to the campus and shared his strategy to achieve this such as embarking on campus tour as well as holding students’ town hall meetings in each visited campus as means of getting in touch with Nigerian students so as to address their challenges.
He specifically expressed his gratitude to former Speaker of Nigerian Youth Parliament and Member representing Nsit Ubium State Constituency in the Akwa Ibom State House of Assembly – Hon. Onofiok Luke, former NANS President and now Technical Assistant on MDGs – Comrade Iniobong Ememobong, as well as the MDGs team for their support and encouragement.