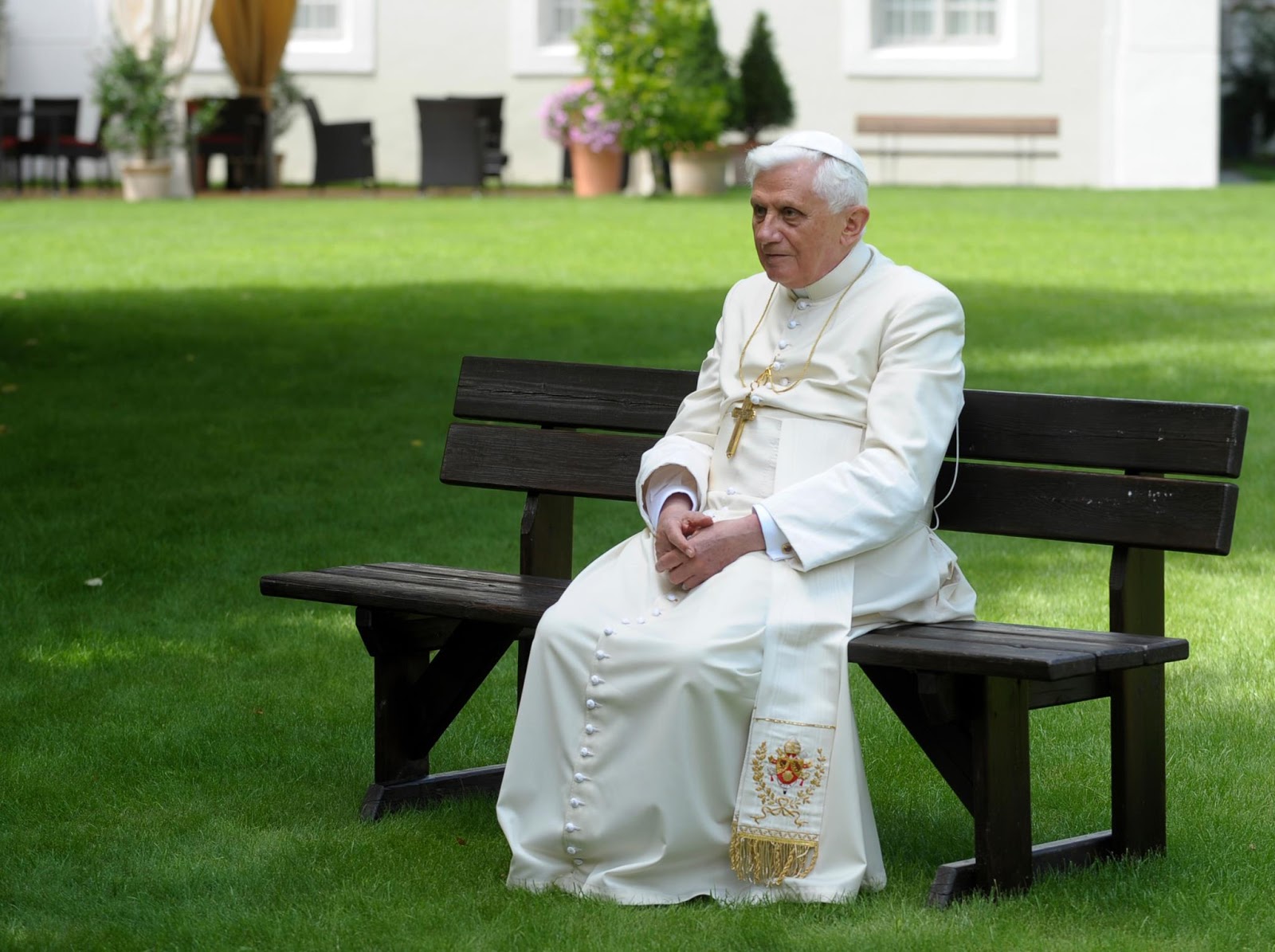 Below is what wire services Reuters are reporting:
Pope Benedict will keep the honorific title of "His Holiness" after he abdicates this week and will be known as "pope emeritus," the Vatican said on Tuesday.
He will wear a "simple white cassock" and his papal ring of office will be destroyed according to Vatican tradition, a spokesman told a briefing.
He will lay aside the red "shoes of the fisherman" that have been part of his papal attire and wear brown loafers given to him by shoemakers during a trip to Mexico last year.


Benedict on Thursday will become the first pope in some six centuries to resign instead of ruling for life.
Given the rarity of the occasion, Vatican officials have had to decide what he will be called and how he will dress.
Vatican spokesman Father Federico Lombardi said he will be known as either "pope emeritus Benedict XVI" or "Roman Pontiff emeritus Benedict XVI", be addresses as "Your Holiness," and be referred to as "His Holiness".
The spokesman said Benedict had made the decisions concerning his titles after consulting with Vatican officials.
Posted by Connoisseur at 09:43