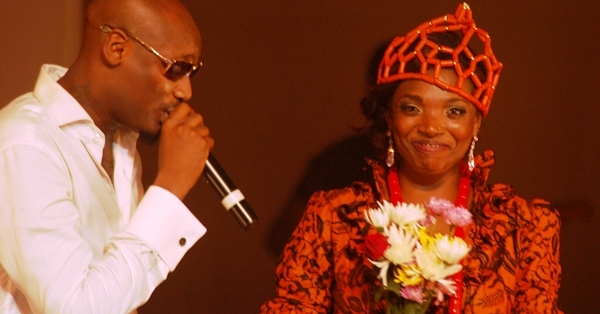 Annie Macaulay has confirmed March 8, 2013 as the tentative date for her traditional marriage to Africa’s music icon, 2face Idibia. In a telephone interview with Deejay Rockerfela during the latter’s show on AKBC Radio 90.5FM Afternoon Ride, the dark-skinned thespian said that all roads will lead to Idung Adiakod, Eket L.G.A, Akwa Ibom State on the said date.
Fans have been forced not to believe further dates for the TM after the postponement of the February 14, 2013 date. The Like I posted earlier, their wedding is expected to hold in later date in Dubai.
Posted by Connoisseur at 08:43