Victorious Super Eagles to be hosted in Akwa Ibom this week 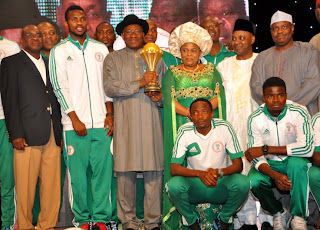 Goalkeeper Vincent Enyeama will lead the victorious Super Eagles team to his home state this week. The team which won the AFCON title in South Africa, the first time in 19 years will be hosted by the Delta and Akwa Ibom State Governments before the week runs. They had earlier been hosted by President Goodluck Jonathan on Tuesday upon their arrival from South Africa, and later by Globacom boss, Dr. Mike Adenuga Jnr. Below are some of the pictures of their arrival and subsequent dinner/hosting by the President Jonathan and Adenuga. 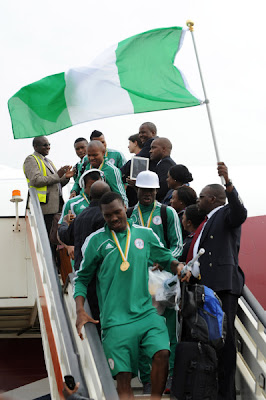 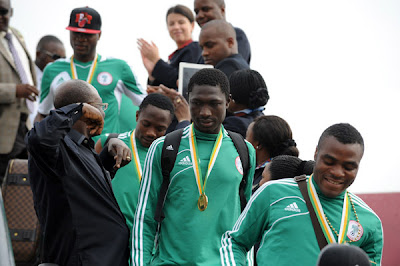 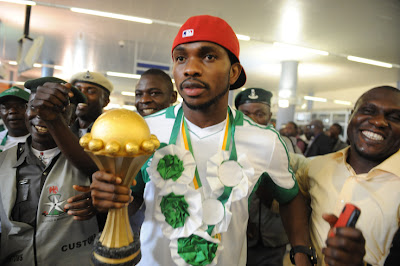 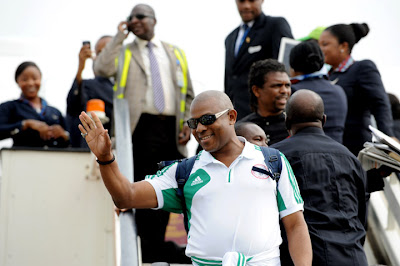 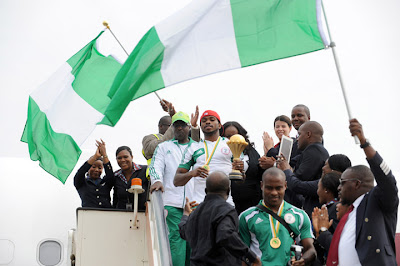 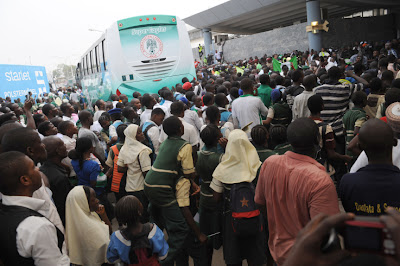 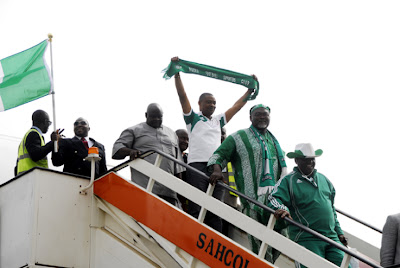 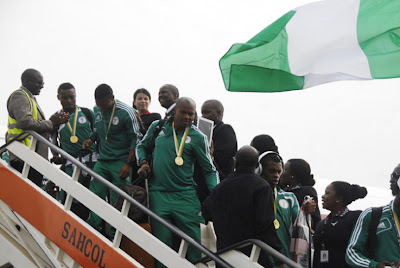 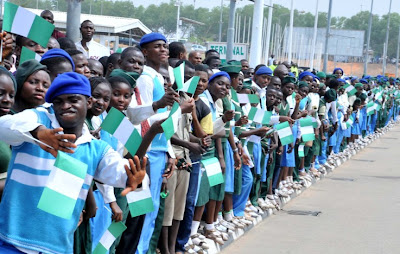 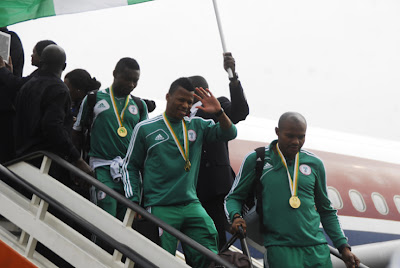 Posted by Connoisseur at 10:41