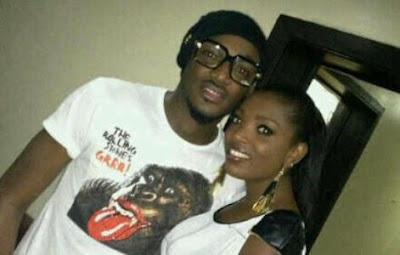 Back in the days, actress Annie Macaulay used to steal his dad’s money to give to 2face Idibia, it has been revealed. One of my favourite radio deejays, Eshiet Rockerfela Nsudo in today’s edition of his show Afternoon Ride on AKBC Radio 90.5 said he recently met Annie’s dad where a very revealing conversation ensued.
Rocky said her dad told him when money used to get lost in the house, Annie is always fingered and when quizzed, she will say she took it to give to her boyfriend, 2face.


Meanwhile, Annie is to be married traditionally by the music superstar on 8th March, 2013. Esit Urua, Eket Local Government Area in Akwa Ibom State, hometown of the dark-skinned mother of one will be agog as the couple’s traditional marriage has been tentatively fixed on that date.
www.CONNOISSEURng.com learnt that white wedding will be held in Dubai and Annie has been repeatedly pictured shopping for her wedding stuffs.
2face had proposed to his girlfriend of about a decade and a half on 14th February, 2012 and did a court marriage later in the year.
The traditional marriage is expected to be attended by the high and mighty in the society, not excluding entertainment big names.
Annie will be hosted live on Rockerfela’s program on Tuesday 26th February, 2013 via a telephone conversation where she will talk about how the TM will go. I’m so happy for her and I’m proud to be 2face’s in-law. Hehehe…!
Posted by Connoisseur at 07:50