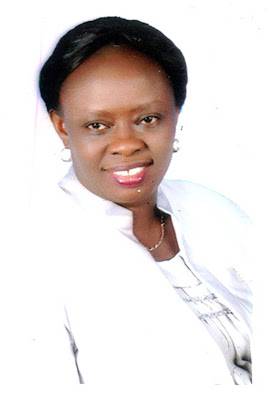 The Akwa Ibom State Governor, Chief (Dr.) Godswill Akpabio, CON this afternoon fired the Commissioner of Women Affairs & Social Welfare Mrs Helen Ukpabio (pictured above) and the Permanent Secretary of the ministry Mrs Arit Okpo. In a statement signed by the Commissioner of Information  Mr. Aniekan Umanah, the Governor relieved them of their duties with immediate effect , thanked and wished Mrs Helen Ukpabio and Mrs Arit Okpo well in their future endeavors.The Governor is said to have been seriously miffed by the way and manner the Ministry handled the Armed Forces Remembrance event today.


She has been unlucky from the onset. From being moved from the ‘better’ Ministry of Education to that of Women Affairs few weeks after he appointment. Hmmm…I heard that the main reason she was sacked is because she didn’t include SSG, Umana Okon Umana’s picture in the Armed Forces Rememberance Day program…I don’t know how true it is….!
Posted by Connoisseur at 09:07