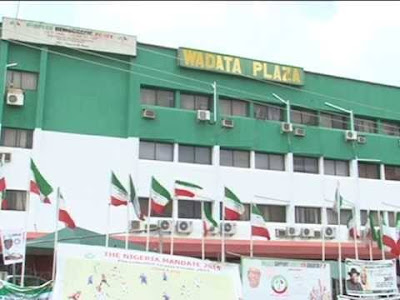 The Peoples Democratic Party (PDP) says President Muhammadu Buhari’s responses at the Wednesday Presidential Media Chat were not only embarrassing but also further exposed his undemocratic character as an unrepentant tyrant who has no regard for the rule of law and the self-worth of Nigerian citizens.
The party, in a statement by its National Publicity Secretary, Chief Olisa Metuh, on Thursday also said the President confirmed his partisanship in the much-vaunted war against corruption by openly absolving his ministers and party members of corrupt practices.


“Whilst we restate our respect for the person and office of the President, we note that President Buhari bared his true colours to the world as an unrepentant tyrant. Today, the world is no longer in doubt as to who is behind the prevailing recklessness, abuse of rights of citizens and outright flouting of judicial pronouncements by security agencies.
“A situation where the President openly pronounced persons facing trial guilty and sanctioned their continued incarceration despite being granted bail by the courts, presents a dangerous fascist practice obtainable only in totalitarian societies like Mussolini’s Italy, Hitler’s Germany, Idi Amin’s Uganda and General Than Shwe’s Burma.
“This extremely shocking dictatorial tendency being brazenly exhibited by the President in total disdain for our laws and judicial institutions portends great danger for our democracy and constitutionally-guaranteed rights of the people, and should be resisted by the citizens before it festers.
"The scorn for the principle of separation of powers, especially the independence of the legislature, is further manifested in the declared craving to regulate the funding and running of the National Assembly, a matter constitutionally vested outside the jurisdiction of the executive. We are most uncomfortable about his attempt at trying to whip up public sentiments against an independent arm of government, especially the one vested with the constitutional power of appropriation.
“Following from the foregoing, therefore, it may be necessary to suspend the application of our Constitution and allow the President to operate as maximum ruler for four years after which the nation can return to a democracy.
“On the issue of the Chibok girls, President Buhari’s embarrassing declaration of seeking information on the whereabouts and state of the girls betrays an obvious insincerity which is in total conflict with his campaign promises in that regard. Thus by this declaration, our dear President has accepted failure on this issue and should therefore apologise to Nigerians for all the insults, abuse and aspersions cast on the past administration by himself and the leadership of his political party.
“On the issue of devaluation of the naira, there is an obvious conflict between the budget speech wherein the president stated that the government is assessing the foreign exchange rate with a view to attracting foreign investments and his categorical pronouncement during the media chat that the naira would not be devalued. We invite Nigerians to note that the president obviously does not understand the currency that applies in the devaluation of the naira (laugh out loud).
“Furthermore, Nigerians were shocked by the President's labeling Nigerians as ‘very difficult lot’ while responding to questions on the strategy to be adopted in implementing his promised N5,000 social welfare package.
“This unhealthy portrayal of the citizens by the very father of the nation, who has remained unrelenting in de-marketing his country through unguarded statements, is indeed a great disservice to Nigeria and its international image. Consequently, we reject this negative labeling of our citizens and reiterate our confidence in them, especially the millions who remain honest, hardworking and credible.
“Finally, Nigerians must take copious note of the fact that the President gave no inspiring answers to questions pertaining to his campaign promises, the fight against insurgency and rescue of the Chibok girls, the poor state of the naira, sudden plunging of the economy under his watch, and the gradual loss of democratic rights and freedom.”

Posted by Connoisseur at 04:50