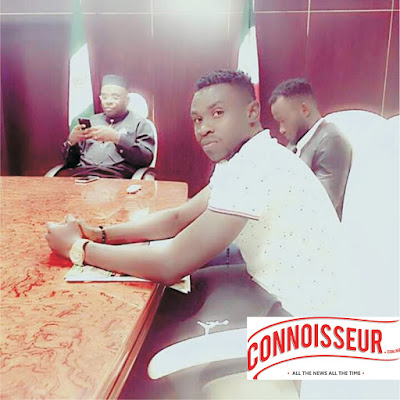 Super Eagles and Enyimba FC players, Ezekiel Bassey and Mfon Udoh have been spotted with Akwa Ibom State Governor, Udom Emmanuel. Sources believe that the duo had a discussion with their state’s governor over a possible return to Akwa United, a club they rode to stardom before being signed by former African Champions Enyimba. The effort by the management of Akwa United is to bolster their squad ahead of the CAF Confederations Cup next year which Akwa United is one of the country’s representatives.
Posted by Connoisseur at 05:49