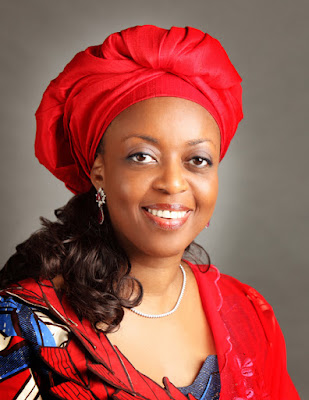 Justice Chuka Obiozor, a vacation judge sitting at the Federal High Court in Ikoyi, Lagos, on Monday, August 7, 2017, ordered the final forfeiture of a $37.5m( N11.75bn) property on Banana Island, Ikoyi,
Lagos allegedly belonging to a former Minister of Petroleum Resources, Diezani Alison-Madueke.
The order came following an exparte application filed on July 17, 2017 by the Economic and Financial Crimes Commission, EFCC. At the last adjourned sitting on July 19, 2017, counsel to the EFCC, A.B.C. Ozioko, while moving the ex-parte application, had urged the court to order the forfeiture of the total sum of USD$2, 740,197.96 and N84, 537,840.70 respectively found by the Commission in Rusimpex USD
account No. 1013612486 domiciled in Zenith Bank Plc suspected to be proceeds of unlawful activities.
Ozioko had also urged the court to order an interim forfeiture of the assets and property. The EFCC counsel had further prayed the court to grant an order prohibiting the “disposal, conveyance, mortgage, lease, sale or alienation or otherwise of the assets and property.”


Also, Ozioko had prayed the court to grant an interim order authorizing the Commission to appoint a competent person(s) or a firm to manage the assets/ property.
Ruling on the applications, Justice Obiozor had ordered the respondents- Diezani, Afamefuna Nwokedi and Rusimpex Limited- to show cause within 14 days why the properties should not be forfeited to the
Federal Government.
The judge had further ordered the publication of the interim order in any national newspaper for the respondents or anyone who is interested in the property to appear before the court to show cause within 14 days why the final order of the property should not be made in favour of the Federal Government.
At the resumed hearing today, counsel to the EFCC argued that the failure of the second and third respondent, Nwokedi and Rusimex meant that “they are not willing to contest the application".
In his ruling, Justice Obiozor ordered the final forfeiture of the property to the Federal government, in view of the failure of any interested parties or persons to contest the interim forfeiture order
as published in a national newspaper by the Commission .
The court also ordered the permanent forfeiture of the sums of US$2,740,197.96 and N84, 537,840.70 respectively realized as rent on the property.
The former Minister was said to have purchased the 15-storey building, which comprises 18 flats and six penthouses, between 2011 and 2012 from the developers, YF Construction and Real Estate.
The property was allegedly acquired in the name of a shell company, Rusimpex Limited, which is managed by one Afamefuna Nwokedim, Principal Partner, Stillwaters Law Firm, Lagos.
Posted by Connoisseur at 11:04