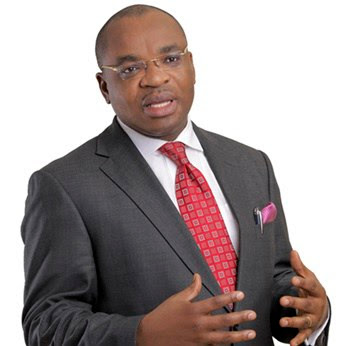 The Governor of Akwa Ibom State, Mr Udom Gabriel Emmanuel has described himself as a great leader, stating that great leaders always vulnerable to being misquoted and misconstrued, CONNOISSEUR reports. He stated this as a reaction to the public outcry for the planned construction of a N1.2bn governor’s lodge in Lagos.


“I am not disappointed because it didn’t start today. Great leaders are always misquoted, misconstrued but God can only give vision to only one leader and let people understand that at any point in time there can only be one governor. Even though we are 6.2 million people, 6.2 million people cannot be the governor at the same time. At each point in time there can only be one governor. And the vision a governor has, especially a governor like myself by serving this state with all amount of sincerity, people will forget the same criticisms. I wanted to build a transmission station, they said no I should leave that for federal government, today we are enjoying minimum of 22 hours of electricity in Uyo.
“”The same set of people that were criticizing me have forgotten. The same set of people that said why should I build a sub-station as if it federal government that will come and live in Uyo to enjoy electricity. I wanted to take away the flood in Nsikak Eduok, people criticized, said oh Udom is burying so much money underground, forgetting the menace of that flood. Lives were lost, properties were lost and at the end of the day, the same people that wrote did not bother to go back and check how much did we spend. We spent less than 20% of what is in the market for such underground drainage system.
“Nobody bothered to go back and check there. We went out and brought in a lot of investors so that we can create jobs for people. Condemnations, oh, investors are coming to only one area of the state. You can’t create industrial hub in every area. And these are people who have done elementary economics that should understand the basic things that are needed for the localization of industries. Did you learn those things in primary and secondary schools to throw them away? You learnt so that you apply them. Same set of people are criticizing.
“The question is, are the industries built in Akwa Ibom? The answer is yes. Do we have infrastructure to scatter industries everywhere? The answer is no. so it is application of knowledge. It is just a paltry sum of N1.2bn that is approved in the supplementary budget. It is just a budget because at the end of the day if we don’t have the money we won’t spend it. Let those going about the mischief know that they are not doing the common man any good. They should allow us focus and get the best for this state. This is the time that this state is governed by ideas.
“We don’t have so much ideas but we have ideas; creativity and ideas is the difference. Someone abused me, oh you went to go and spend our money, that when you do electricity it is written on the sand that the wind will blow it off, that I should go and execute white elephant project. I have the text, I can forward to you people. You so the problem Africans are having. We are focused. We know where we are coming from and where we are going to”, Emmanuel said.
Posted by Connoisseur at 11:04