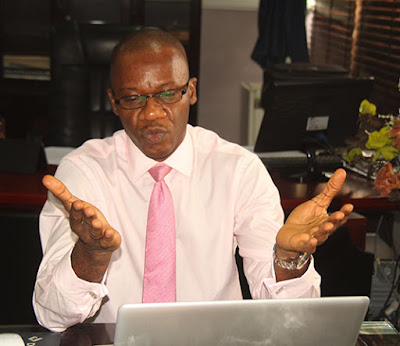 Akwa Ibom State Commissioner for Information and Strategy, Mr. Charles Udoh has debunked the falsehood in the media that the cost of the proposed Governor’s Lodge in Lagos is N9bn.
Speaking in his office, the commissioner, who expressed shock at the deliberate and malicious attempt to mislead the public by the sponsors of the falsehood, said the cost allocated to the proposed Lodge in Lagos is N2Billion.

Mr. Udoh said “N500m was allocated for the project in the 2017 Budget and N1.5 billion added in the Supplementary budget recently passed by the Akwa Ibom State House of Assembly.
The Information Boss stated that being the commercial nerve centre of Nigeria, every state in Nigeria and every country that has diplomatic ties with Nigeria maintain reasonable presence in Lagos. He therefore, wondered why the case of Akwa Ibom should be different.
According to the Commissioner, a cost/benefit analysis shows it would be cheaper in the medium to long term run, to have an ideal state presence in the commercial capital of Nigeria catering for the accommodation and business meeting needs of the state.
Mr. Udoh maintained that it was better to build a befitting State Governor’s Lodge in Ikoyi; a more serene environment, than commit huge funds into renovating the dilapidated and long abandoned one on Victoria Island, Lagos.
The move away from Victoria Island, according to the Commissioner, “is not peculiar to Akwa Ibom State, as many other states and countries that also had presence on Victoria Island were equally doing so, because of the need to ensure security and serenity around their properties."
Reiterating the commitment of the present administration to the judicious use of resources, the Commissioner said Governor Emmanuel deserves commendation for never failing to pay salaries of public servants as at when due, and for bringing the state to a level where Akwa Ibom people now enjoy up to 18 hours of public power supply, owing to huge investment in the electricity sector.
On progress made by the administration in the industrial sector, Mr. Udoh mentioned that apart from his laudable initiatives of leading the State into a new era of agricultural prosperity, Governor Emmanuel has defied all odds to attract huge volumes of foreign direct investments to the State and provide the enabling environment for these investments to thrive.
“This fact was attested to in the 2017 National Bureau of Statistics Report that listed Akwa Ibom as the 2nd largest destination of foreign direct investment in Nigeria in 2016.
Additionally, government has midwifed the establishment of a Syringe factory that is set to become the largest in Africa when it comes on stream in September 2017.”
Mr. Udoh advised the public to be wary of believing every information put out in the media, especially by self-acclaimed citizen journalists, who lack rudimentary journalistic trainings that emphasize truth and adequate verification of information before dishing them out to the public.
He cautioned those who always want to play dirty politics with the aim of thwarting the noble intentions of Governor Udom Emmanuel to desist from such, but rather think of better ways to engage themselves meaningfully.

Posted by Connoisseur at 10:49