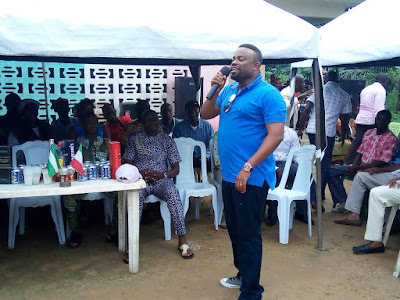 The people of Mbiaso Ward 4 in Nsit Ibom Local Government Area of Akwa Ibom State have expressed satisfaction over Governor Udom Emmanuel's achievements within two years in office.
They made this known today, when Nollywood actor and Special Assistant to Governor Udom Emmanuel on Ethical, Attitudinal and Social Reorientation, Ime Bishop Umoh, took a tour to his hometown, Ikot Nya where he hosted his ward, Mbiaso Ward 4 in Nsit Ibom Local Government Council, of Akwa Ibom State.
The SA, who is currently in his ward to familiarize and extend the goodwill of his boss, His Excellency Govenor Udom Emmanuel, to his people, used the opportunity to intimate the people on the successes and milestones of the current administration, and hammered on the need to support government’s plans and policies, to be able to attract development to the area. 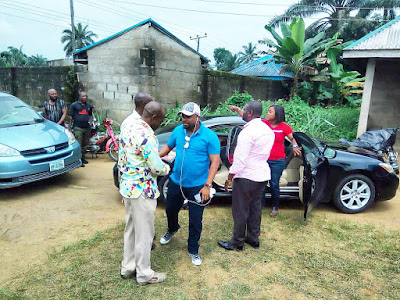 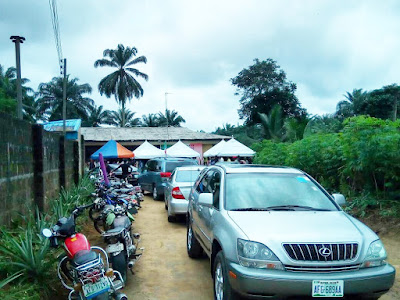 He disclosed that PDP is like a religion in Akwa Ibom State and that the Udom Emmanuel-led administration is not only sincere but accountable, responsive, and reliable, as the development of infrastructures and human capital in Nsit Ibom and the state at large, is paramount to the administration.
He however sued for more support and loyalty from the people for Governor Udom Emmanuel and his team till 2023, and advised every Nsit Ibom citizen to protect their mandates by taking part in the ongoing INEC Voters Registration. 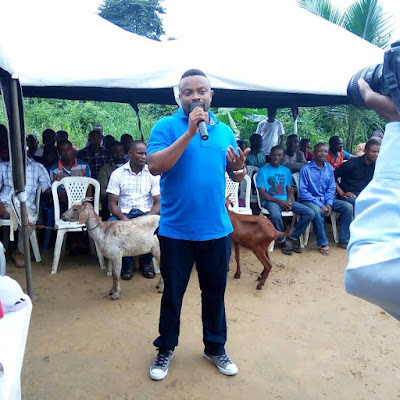 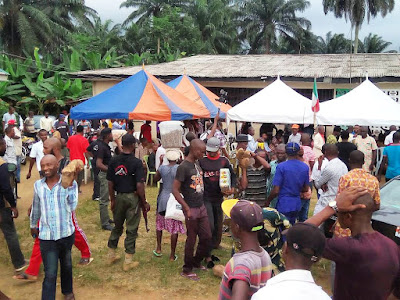 Reacting to the gesture, the people of Mbiaso Ward IV, thanked Governor Udom Emmanuel for finding their son fit for an appointment as Special Assistant and they lauded government's industrialization drive, while expressing optimism that the state will witness unprecedented development by 2023, when the tenure of the Governor ends. 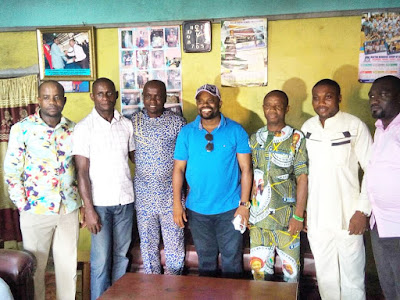 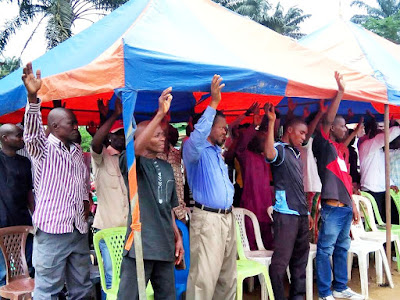