House of Demons, by Ofonime Honesty 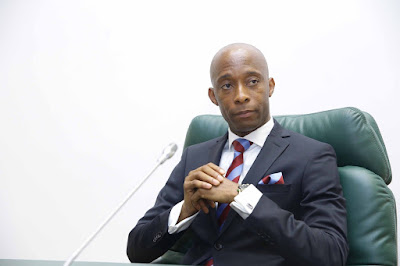 We are living in weird times. An August of bad news. What a nadir of lows! What has really come over us? Truth be told, Akwa Ibom is drifting into a replica of an absurd theatre. A theatre where the dramatis personae have completely lost touch with the audience. And it appears the powers that be have sworn to a potent oath to inflict multiple cardiac arrests upon us before the month of August elapses.


The bad news series for the month of August began with Architect Ubokutom Nya of the Otto Trinity Studios fame dragging the state government to court over debt totaling over N2 billion. In a motion filed at the High Court in Uyo, the court is prayed to restrain Governor Udom Emmanuel and others from occupying, entering or making use of the Akwa Ibom Government House facility due to government’s failure to pay the reported debt incurred for professional services discharged by the construction company since 2012.
While we were jawing away about the weighty breaking news, the Akwa Ibom State House of Assembly proved that we ain’t seen or heard nothing yet. The House approved what has now become a conflicting sum of money for the construction of the Akwa Ibom State Governor’s Lodge in Lagos.
Assembly correspondents reported that N9 billion was earmarked for the project. However, Commissioner for Information and Strategy, Mr. Charles Udoh, and the Chairman, House of Assembly Committee on Appropriation, Hon. Usoro Akpanusoh, have added more confusion to the issue by issuing conflicting figures. Udoh, as per The Nation Newspaper, puts the sum of money at N2bn Naira, saying, “N500 million was provided for the project in the 2017 Budget and N1.5 billion added in the Supplementary budget recently passed by the Akwa Ibom State House of Assembly.” As per National Newstrack, Akpanusoh claims that N500m was initially budgeted for the project and an additional N700m provided for in the supplementary budget, culminating to N1.2 billion. Dear readers, which figure is genuine?
That the Information Commissioner has refused to be worried by the foregoing communication blunders is pathetic. What is even more pathetic is how he justified the project. He reasoned that Lagos is the commercial nerve centre of Nigeria, that every state and country which has diplomatic ties with Nigeria maintains reasonable presence in Lagos and wondered why the case of Akwa Ibom should be different. He must have passed through hell trying to build a defense to justify this latest assault on the masses.
Dear readers, modern day voices of Babel are emanating from government quarters. They do anyhow and talk anyhow. Even the Legislative arm of government which was hitherto regarded as a ‘Rubber Stamp Assembly’ plunged lower depths when Speaker Onofiok Luke boldfacedly declared thus: “People are saying that we are a rubber stamp Assembly, but I want to tell you that we are iron seal to all activities of His Excellency.” Have we ever had it so bad?
Instead of being a people oriented Assembly, the state parliament has rather become an opaque entity. Its budget and everything connected therewith are buried in a mysterious fog. As confirmed by the Speaker, the Akwa Ibom State House of Assembly has been held to ransom by the executive arm. The House has lost its independence. As an Iron Seal of the executive arm, no member of the Assembly is permitted to oppose anything emanating from Wellington Bassey Way end.
Perhaps it is only in Akwa Ibom that a House member is unable to disagree openly with his colleagues without being threatened with suspension or being relieved of his position as a principal officer of the House. What we have hereabout are bunch of demi-gods running amok as demons. Men who don’t mind trading conscience for porridge!
Why build a lodge for government outside the state when an indigene of the state who built the present Hilltop Mansion has been owed since 2012? It is only a paucity of germane ideas that make huge chunk of cash to be earmarked for such needless project. The point that investors will stay at the lodge is too infantile. Very inconsequential!
The lodge isn’t our problem. Instead, make public what government uses the Paris Club loan refund for. Akwa Ibom received the highest allocation from the Federal Government in the first quarter of 2017 –give us a breakdown of how the revenue was expended. Invest in agriculture, education, infrastructures, sports and other relevant sectors. Pay pensioners, pay civil servants, pray to God for further wisdom on how to spend wisely.
The slide down the alley of infamy must cease. Government must be held accountable for her actions and inactions. Running government like demonic entity is unacceptable. The House of Assembly must be cleansed. Akwa Ibom people must unanimously insist that the provisions on the 2017 supplementary budget be reviewed.
Perhaps the planned lodge project in Lagos presents us a golden opportunity to right wrongs in the Akwa Ibom polity. We must exorcise the demons in high places. The masses must have a say in the polity.
Demons should not take us for a ride anymore. If we allow them, it could be disastrous. God forbid!
Posted by Connoisseur at 00:49