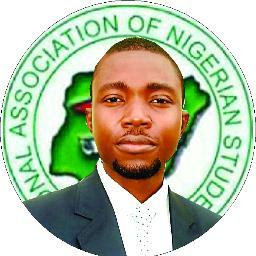 The National Association of Nigerian Students (NANS) has dismissed the purported impeachment of its president and leader, Comrade Yinka Gbadebo aka Ayefele, describing it as the handiwork of mischief makers. A statement by the Vice President Special Duties of the Association, Comrade Ubon Marcus states in part that "the purported impeachment of our President is false. For the benefit of doubt, let me make it clear that an officer of NANS can only be impeached on the floor of NANS Senate not in a so-called stakeholders meeting.


Since the senate valedictory session held in Federal University of Technology, Owerri (FUTO) in honour of our late Senate President Comrade Donald Onakaogu the Senate of NANS has not met. Therefore, the said impeachment by self acclaimed stakeholders does not hold water. Also, we wish to state that due to the demise of Donald, NANS Senate has not yet produced another Senate President.

The Senate of NANS is under the leadership of Comrade John Shima as Acting Senate President and Comrade Julius Nnaji as Clerk. Hence, Emaluyi Sunday Michael is an impostor. On grounds of incompetence, we wish to state that Yinka Gbadebo if fully competent to discharge his duties as NANS President as witnessed by his achievements so far."
While warning mischief makers to desist from such acts, Comrade Marcus urged students to remain calm and stand by the Yinka Gbadebo led NANS as it works tirelessly to find a lasting solution to the FG/ASUU impasse.
Posted by Connoisseur at 00:53