I’m not in a hurry to die - Gov. Okorocha 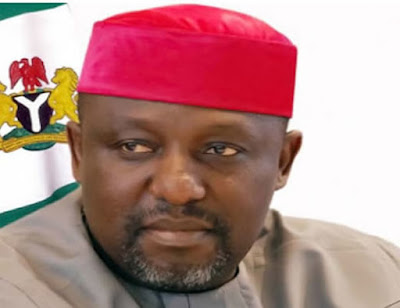 Gov. Rochas Okorocha of Imo, has said that he is not in a hurry to die but live to complete his assignment for the people of the state. Okorocha made the statement on Thursday while reacting to rumours of his ill health shortly after arriving Sam Mbakwe Airport Owerri, from a foreign trip. Addressing a large crowd that gathered at the airport to welcome him, Okorocha described the rumours of his health condition as `false.’


“I am not in a hurry to die; I will live to complete my assignment for Imo people.
“I went to the land of the dead and our ancestors turned me back saying it was not yet time,” he said.
The governor however, acknowledged that he had a challenge that took him far from the physical.
He told the crowd that he was healthy and strong, adding that those who wished him dead were enemies of the state.
The Chief Press Secretary to the governor, Mr Sam Onwuemedo said last week that Okorocha traveled outside the country to attract investors to Imo.
Shortly after the governor’s departure, it was widely rumoured that he was dead, while some reports in the social media claimed that the governor’s health condition was bad.
(NAN)
Posted by Connoisseur at 01:53