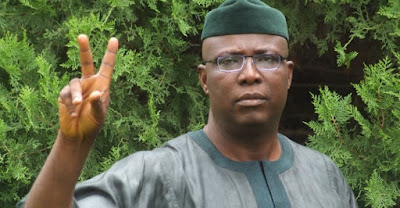 President Muhammadu Buhari has named Babafemi Ojudu, a former senator, as his special adviser on political matters, deploying him to the office of Vice President Yemi Osinbajo. He represented the Ekiti Central Senatorial District in the Senate between 2011 and 2015 on the platform of the Action Congress of Nigeria and later the All Progressives Congress.


While in the Senate, the new presidential aide served as vice chairman of the committee on defence as well as spokesperson of the APC caucus. Before joining politics, Mr. Ojudu was a journalist and was one of the founders of TheNews magazine and its sister publications, Tempo, PMNews and the defunct AMNews.
Posted by Connoisseur at 09:46