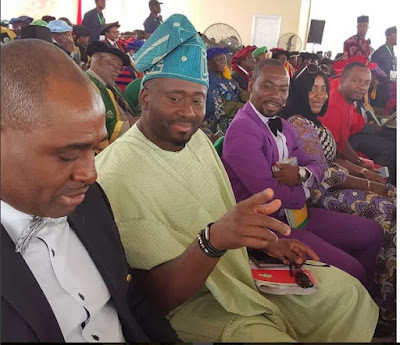 The Living In Bondage star actor was among the graduands that graduated at the National Open University (NOUN) on Saturday, January 16. He graduated alongside former President Olusegun Obasanjo. Okonkwo who is an ambassador of NOUN was offered a scholarship to acquire his Doctorate degree in Public Administration.
His fellow actor turned politician Desmond Elliot shared his picture on Instagram and captioned it “Convocation of graduands at the National Open University #NOUN congrats to all kenneth Okonkwo.”

Posted by Connoisseur at 07:58