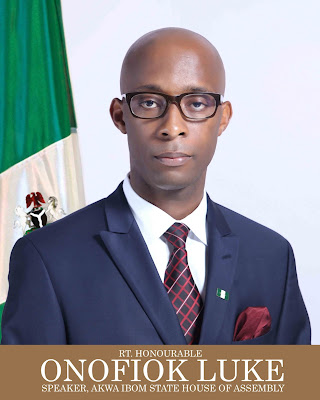 It was a homecoming for Governor Udom Emmanuel as the Eket Senatorial District youths feted him at their annual Mega rally. At the event held at the Eket Township Stadium on Saturday 9th January, 2016, a nominee for CONNOISSEUR MAN OF THE YEAR and the Speaker of the Akwa Ibom State House of Assembly, Rt. Hon (Barr) Onofiok Luke gave a goodwill message as captured below. Ifreke Nseowo brings excerpts for www.connoisseurng.blogspot.com and www.connoisseur.com.ng

Protocols,
I thank God who has made it possible that we are gathered in Eket Stadium at the Annual Youth Rally of Eket Senatorial District to do what is right, to do what is just. Since 1999 I have played different roles to support government up to this level in my state. For the youths, I started as band boy, I wore T-shirts, we rallied ourselves around others to succeed. In 1999, the youths in line with the elders gathered and said that Uyo Senatorial District should take the position of governor. After that, in 2006 the same youths gathered, I was a band boy, I used to wear T-shirts, I am not brought from afar, I am a homeboy, so I’m telling you history. We supported Ikot Ekpene Senatorial District to have their own 8 years. That was why we had peace, that was why had unity, that was why we had development. Now, divinity, providence, destiny, equity, mandate have demanded that Eket Senatorial District produce the governor in 2015.

I want to say, please I want you to listen to me, I want to say, if nothing else, please Uyo Senatorial District does not produce the oil for this state. Ikot Ekpene Senatorial District does not produce the oil that feeds this state and feeds this country. The only senatorial district that is an oil-bearing community is Eket. The Senatorial District that produces 40% of total production (of crude oil) for Nigeria is Eket Senatorial District. Please, so that by 2023, we will walk the streets free, so that my children will have a destiny, so that my children will have peace, I want to urge us this is the turn of Eket Senatorial District.
So, for Nigeria to continue to enjoy the oil production that we have given to Nigeria, let them do justice; let them allow Eket Senatorial District to have their governorship. After Eket Senatorial District, it will now be the turn of Uyo. Hello ooo, after Eket, Uyo will come in 2023.
Now, the youths of Akwa Ibom have asked me to say this. Never a time has the youths been involved deeply in where government issues are discussed. Now, by the grace of God, you have a position as the youth, as number 3 man in this state. We are now in the kitchen of government to bring out the goodies for the youths to enjoy. So there can never be any other platform. Don’t allow them to deceive you with their lies and their propaganda. We are going to defend this mandate that is just right and equitable.
On behalf of the House of Assembly, I want to say one thing. The people that are looking for governor have not told you what they want to do. They only go about calling people names, but let me tell you what we have already done and let me tell you what we are going to do. The budget of 2016 is before the House of Assembly and His Excellency has placed premium on youth and women development and we pledge on behalf of the House of Assembly to make adequate budgetary allocation for youth and women empowerment. We are going to strengthen corporative societies.
Again, for our women who are producing oil in your houses, sometimes you produce a tin of oil, the next market day does not come immediately and you have a challenge and some people will come from far to buy that oil at a very bad price. Now, what we are doing is that His Excellency has included in the budget commodity purchase centre where if a tin of palm oil is sold at N1,200, you must sell at N1,200. Not when a tin of palm oil is N1,200 and because you have a challenge someone comes and buy it at N800 in your house. So, we will strengthen that.
Finally, on behalf of Uyo Senatorial District, on behalf of the youths, on behalf of the women, on behalf of the House of Assembly, I say on Eket Senatorial District we stand. May God bless us all in Jesus name.

Posted by Connoisseur at 06:07