How Macaire was beaten to pulp at PDP Stakeholders meeting 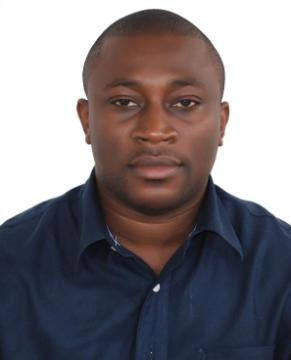 The last is yet to be heard of the activities of the self-acclaimed political leader of Ikono, Obong Emmanuel Ukpong Udo, whose divide- and-rule antics in Ikono, may spell doom for the the Peoples Democratic Party, PDP, in the area, especially in the current trying times which the party is facing in the hands of the opposition.
This time, the unending trouble, which Macaire has always been the cause, was staged on Tuesday at the State Party secretariat in Uyo, during a state caucus meeting of the party.


Trouble started when the Transition Chairman of Ikono,  Mr. Asuquo Nana-Udo, popularly known as Mbakara, presented a list of alleged invitees from Ikono to the PDP stakeholders meeting, excluding names of age-long pillars, elders and stakeholders of the party in the area.
It was observed that the list which was said to be prepared by the acclaimed Political Leader of Ikono, Emmanuel Ukpong Udo in connivance with the Council Chairman, Asuquo Nana, did not reflect the eleven wards that make up the area, as the development did not go down well with some aggrieved elders from the area.
In the list, which reflected favoritism, 3 persons were selected from the Chairman’s ward alone, which is ward 7, at the detriment of other wards. Those invited from Ward 7 alone, were; Apostle Joseph Ekong, Engr. Sam Ekpenyong and the Chairman.
One could not understand why the PDP Chapter Chairman, Chief Etim Inyang, and his Vice, Hon Sampson Okorie, were not recognized as PDP Stakeholders from Ikono.
The Transition Chairman, Asuquo Nana alongside the acclaimed Political Leader; Emmanuel UkpongUdo, never bothered to explain.
An eye witness account reports that when Macaire read the names that he and the Transition Chairman handpicked, other political elders who were surprised at the development, questioned why they were excluded and he replied that the younger generation had taken over the party that they should remain indoors.
Among the notable names carefully excluded from the list apart from the ones above, include, Dr. Anthony Usoro, who is currently the Senior Special Assistant to the Governor, House of Representatives member for Ikono/Ini, Engr Iboro Ekanem, former Commissioner, former Finance Commissioner, Sir. S.U. Akpan, State Officer of the PDP from Ikono, Hon. Richard Paul, Deputy Chairman of the party from Ikono and many others.
It was obvious that the Transition Chairman and Macaire, who are peers, sat together to decide who should be invited to the Uyo meeting without the consent of the elders.
Angered by the ugly development which they noted was strange in the political history of Ikono, some aggrieved elders from the area who attended the meeting, in an attempt to question their exclusion from the meeting, was shouted down by Macaire, castigating them that power was taken away from them.
"As if his insult was not enough, Macaire, went straight to the Governor's Senior Special Assistant, Dr Anthony Usoro and said; My friend, you can't talk while I am talking, pushing the old man to sit", an eyewitness said.
However, the onlookers, who could not bear Macaire's madness and raucous bark, descended on him, beating him mercilessly at the PDP secretariat for being instrumental to the anomaly that transpired.
However, it took the intervention of some police men present at the venue of the meeting who rescued the embattled Political leader from being lynched by the angry mob that laid wait for him.


Meanwhile, observers have argued that the ugly development that played out on Tuesday at the party secretariat was capable of causing a serious set back and political misfortune for both the party and Governor Udom Emmanuel . They have called on the State Chairman of the party, Obong Paul Ekpo and Governor Udom Emmanuel to immediately wade-in and call both the Local government chairman, Asuquo Nana and the Political leader, Emmanuel UkpongUdo, whom they doesn't have a voter card to order, in the best interest of the area.
Posted by Connoisseur at 13:45