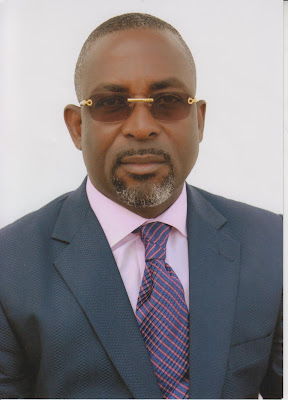 Barrister Emmanuel, a commissioner in Akwa Ibom State was on a live television program on AKBC today. Below are some punchlines from the interview.

1. What I can deduce from the well publicized list of 188 PDP defectors is that APC does not have enough men to give them hope of winning any election. And some of the names are repeated, so it is not even 188.
2. All those that have been included in that list were in the APC before the election. All of them (except Ignatius Edet who is the only surprising name in the list) were sympathizers of the APC before, during and after the election.

3. Those who defected from PDP to APC are just afraid of the President’s anti-corruption war and the president has told them stay where you are because if you come over here we’ll still prosecute you.
4. Don Etiebet has played politics at the very highest level but he crashed from the top before our very eyes. Between 1999 and now, Don Etiebet has jumped boat 4 times from one political party to another. The only election that Don Etiebet participated that brought result was the 1999 election that produced Obong Victor Attah. What does he live for? Because at a time he was carrying bags for Governor Godswill Akpabio. But after that he jumped boat because his personal interest was not serviced. He was given a contract by Akpabio worth over N2billion to build a General Hospital in Ukanafun and up till today that hospital has not been done.
5. In Akwa Ibom State, it is stomach infrastructure politics that people are propagating. If government does not bring funds for few elders to sit down and share, then that government will be tagged a bad government. This has changed since 2007 and it will continue under this present government.
6. Udom will not share money, he is not out to share money.
7. The governorship candidate of APC in Akwa Ibom is a man I love, he is a great guy.
8. Otu Ita Toyo has lost his bearing. He called me in the morning of last Friday and we spoke on phone for over 1 hour. He told me clearly that he will not join APC. But in the evening I heard he has defected to APC.
9. Otu Ita Toyo is the architect of the confusion we have today in Akwa Ibom State. He must own up to it. What we are having today is a direct product of his delinquency.
10. In the history of Nigeria (even globally) there has never been a level playing field in the nomination of a candidate for any political office. It is God who chooses leaders and he uses people to choose leaders.
11. God used Don Etiebet to make Attah governor (almost single-handedly) in 1999. He used Babangida to make Obasanjo president in 1999.
13. Attah made Godswill Akpabio governor.
14. Before Godswill Akpabio came out openly to say I want Udom to succeed me, Akwa Ibom people had already bought the project.
15. Udom’s imposition has wide acceptability and any imposition that has wide acceptability cannot be termed as imposition.
16. At the governorship primary at the stadium, G22 came with people from their own wards and LGAs but when those people got to the stadium, they refused to vote for those who brought them. They voted for Udom.
17. PDP is not afraid of elections.
18. At the last elections, APC did not have agents in up to 30% of the units in Akwa Ibom. That is because they don’t have enough members and strength, and penetration in to the grassroots.
19. PDP offers credible opposition.
20. The future of Akwa Ibom State cannot be entrusted into the hands of APC because the gladiators of the APC at the national are those that put us in slavery. They are the conspirators who kept us as servants in their homes for donkey years.
21. I didn’t beg Godwill Akpabio to make me a commissioner.
22. Godswill Akpabio and Umana Okon Umana were extremely (very) close. I am not sure there is anything Godswill did that he did not tell Umana. They were brothers.
23. Nobody thought Don Etiebet and Late Ime Umanah could stay in the same room. Nobody thought Don Etiebet and Victor Attah could be on the same platform to discuss a common interest. They are together because they think they have a common enemy.
24. If Udom or Akpabio leave PDP for APC, I will resign from politics.
25. There is no difference between APC and PDP.

Posted by Connoisseur at 05:46