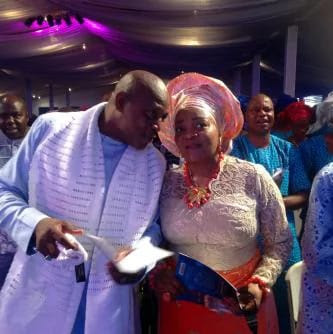 The funeral will be held on Friday, January 15th in Benin City, Edo State, Nigeria. The service of songs for the late Kate Keshi will hold on Thursday at St. Paul’s Catholic Church, Benin City, Edo State. Kate Keshi (nee Abureme), 54, lost her three-year-long fight against the cancer sickness on 9 December. She is survived by her husband of 33 years, 4 children, her mother, brother, sisters and numerous relatives. Kate passed on at the family’s home in the United States of America on the 9th of December 2015.
Posted by Connoisseur at 08:34