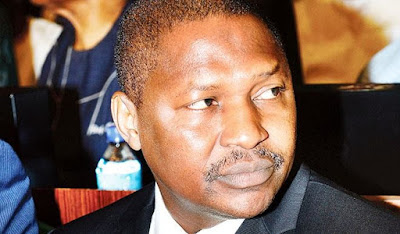 The Federal Government has announced plans to publish names of treasury looters as ordered by a Federal High Court in Lagos. The Minister of Justice and Attorney-General of the Federation, Mr Abubakar Malami, disclosed this to State House correspondents on Wednesday after the Federal Executive Council meeting.


The court had ordered the Federal Government to “immediately release to Nigerians, information about the names of high-ranking public officials from whom public funds were recovered and the circumstances under which funds were recovered, as well as the exact amount recovered from each public official”.
The judgment was delivered Justice Hadiza Rabiu Shagari following a Freedom of Information suit number: FHC/CS/964/2016 brought by Socio-Economic Rights and Accountability Project (SERAP).
Mr Malami told reporters in Abuja that government is in agreement with the ruling and will carry out the order as long as it does not amount to sub judice.
He also hinted that the Council has approved a roadmap for the implementation of the newly developed anti-corruption strategy.
The Attorney-General explained that the policy was geared towards enhancing enforcement and sanctions in the ongoing anti-corruption war in the country.
Earlier, Acting President Yemi Osinbajo kick started the Federal Executive Council meeting with a minute’s silence in honor of the elder statesman, Maitama Sule.
Speaking shortly before observing the moment of silence, Professor Osinbajo described the late orator and former Minister in the First Republic as patriotic, and a committed nationalist whose interventions made a huge difference in the nation.
Posted by Connoisseur at 11:04