There was no bank robbery in Uyo yesterday, only a cult clash - Police 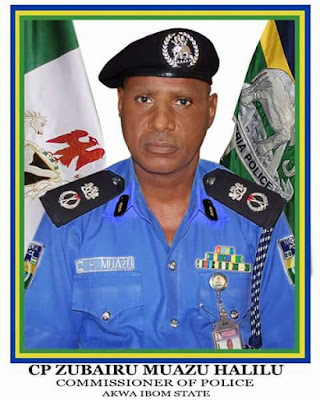 The Akwa Ibom State Police Command has said there was no bank robbery in Uyo, the state capital on Tuesday. The position of the security agency was made known by the Force’s Public Relations Officer in the state, DSP Chukwu Ikechukwu. He said there was a clash between rival cult groups at Abak Road close to where banks are located, stating that the police only stepped in to restore order.

Reports on the social media have it that there was a foiled armed robbery attempt at Sterling Bank, Abak Road branch where a woman lost her life after being hit by a stray bullet.


Coming face-to-face with death today as armed robbers raided a bank and being caught in the cross-fire was one terrible experience that would not go away soon. It was as if I was at the front line with the police and the robbers exchanging fire, an operation fire-for-fire indeed. . I had gone to transact business somewhere near where the attack was taking place and suddenly a barrage of gunshots rang out. At first, my colleagues and I dismissed the noise from the gunshots saying it was not something serious, but when it persisted and we saw the entire stretch of the road being deserted and people running for their lives, it dawned on us that it was no joke. As the gunshots continued, mobile policemen posted to the banks stepped forward to engage the robbers in a gunfight, I saw policemen advancing towards the epicentre of the armed robbery attack and my breath almost failed me. After the exchange of gunshots had died down which lasted more than 30 minutes, I got to know that one lady was hit by a stray bullet. Living the tell the story after such a scary encounter is nothing but God's special mercy”, said Udonquak.


I ask the question: What crime has the hapless driver committed to warrant his being detained by the Police. The Police should look into ways of solving the robbery case instead of throwing innocent people into unnecessary detention.


I hope the brand new Commissioner of Police is aware of this and immediately orders the unconditional release of the driver and his vehicle.


Whose report do we believe? The Police or the eyewitnesses?
Posted by Connoisseur at 04:24