I did not congratulate Makarfi, says Sheriff 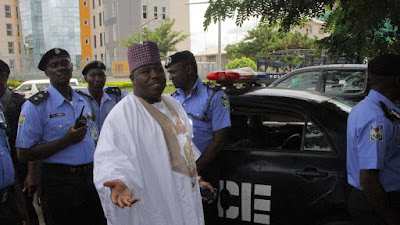 The sacked National Chairman of the Peoples Democratic Party (PDP), Senator Ali Modu Sheriff, has insisted that he did not send any congratulatory message to Senator Ahmed Makarfi, who floored him at the Supreme Court.


In a statement released by the erstwhile spokesman of the faction, Bernard Mikko, Sheriff said ‎it is mischievous for anyone to say that he congratulated Makarfi on Twitter.
The Former Governor of Borno State stated that it was, “the work of evil doers”.
Posted by Connoisseur at 10:49