The lion of the east - Part 1, by Femi Fani-Kayode 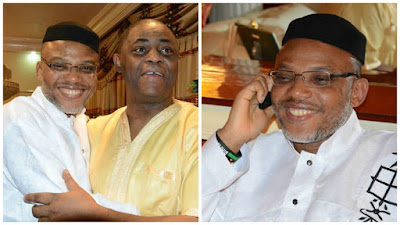 Let me make this abundantly clear right from the outset. I love and respect Mazi Nnamdi Kanu, the supreme leader of the Biafran movement, the founder and convener of the Indigenous People Of Biafra (IPOB) and the man that I have appropiately dubbed as the Lion of the East.
I do not however agree with him on EVERYTHING and neither do I share his views about President Goodluck Jonathan.