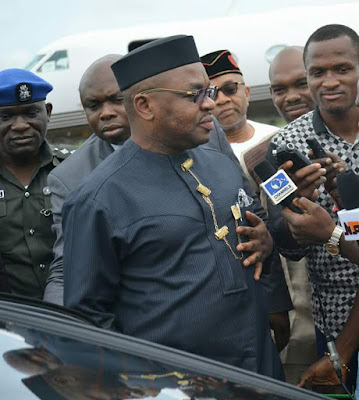 In his inaugural address on May 29, 2015, Governor Udom Emmanuel of Akwa Ibom State made an unequivocal commitment to running a transparent and accountable administration. Seven months later, exactly the same words used in the inaugural address were employed in the 2016 budget speech to reiterate his commitment to “ensuring accountability and transparency in government by fighting and tackling corruption in all facets of [his] administration.” In the same budget speech, Governor Emmanuel states as part of the budget implementation strategies that his administration will “build a strong fiscal regime” and work towards “the elimination of wastages and leakages in [the state’s] expenditure profile.” Again, we see a commitment to strengthening the administration’s fiscal governance mechanisms! As if that wasn’t enough, the 2017 Budget Speech, uses the self-same words, perhaps to further drive home the aforementioned commitment.


From the above, it doesn’t take a policy wonk to conclude that the Udom Emmanuel administration does not intend to trifle with issues of fiscal openness and accountability. An encouraging take-off, you would say! Now, let’s do a quick run between two years of warm words and the reality on the ground. This columnist works for a non-profit that focuses, among other things, on improving fiscal governance for the benefit of citizens.
As we mark the second year of the Emmanuel administration, the question for us at Policy Alert would naturally be: what have been the spending priorities of the Akwa Ibom State Government and has the current administration been sufficiently open and accountable in line with the foregoing commitments?
This piece will look at three indices of fiscal governance. First, let’s look at the government’s spending priorities as seen from Governor Emmanuel’s two budgets. It is highly commendable that the current administration has continued with the trend of prioritizing capital spending which saw an all time high during the Akpabio era.
The capital vote tells you how seriously a government takes development, especially in this period of recession when several governments are struggling even to pay salaries. In Governor Emmanuel’s first budget in 2016, capital expenditure took 57.4 percent of the total outlay and this year again we saw over 51 percent of the total budget appropriated to capital items.
However, it must be stated that the cost of government remains rather high and there have to be serious haircuts in this area in subsequent years. My second index is institutional reforms. For years now, civil society in the state has been pushing for the enactment of laws that will institutionalize transparency and accountability in the management of the state’s resources, chiefly among them the Fiscal Responsibility Law and the Public Procurement Law. These laws are needed to ensure that public budgeting, spending and procurement are no longer treated as matters of Executive discretion as is currently the case but are guided by laws with appropriate sanctions. Drafts of both executive bills have been ready before the governor but, for whatever reason, there have been delays in
pushing the bills to the House. In the case of the Fiscal Responsibility Bill, it had to be re-introduced as a private member bill in the House of Assembly for some progress to be made. Gladly, the House has just last week passed the Bill into law. At this point, the best way the executive can prove its good faith toward the Bill is for the governor to give it its assent without delay. As the Fiscal Responsibility Bill does not work in isolation, it would be very helpful to the institutional environment if the Public Procurement Bill comes before the House for deliberation very soon. Enactment of a procurement law will ensure fairness, competition, transparency, local content protection and efficiency in the state’s public contracting system. It must also be noted the biggest corruption in the public sector happens through corruption; so what better way to eliminate “wastages and leakages”?
Finally, let’s look at the issue of budget and expenditure transparency.
One solid milestone the state has recorded in this area is that the government has finally started putting its budget online after a lot of
push by budget advocates. Akwa Ibom State becomes the second state in the Niger Delta after Delta State to publish its budget online. However effort should be made to ensure that this happens early enough in the budget cycle so as not to defeat one of the purposes of transparency, which is to ensure real time tracking by citizens. Also, in the past two years we have not seen much action in terms of fiscal accountability. For instance, quarterly and annual budget implementation reports (BIRs) are not usually published and the Auditor General’s report is only available to the House Public Accounts Committee, whereas this should be a publicly available document. Citizens have a right to know how their resources, held in trust for them by the government, are being managed and one of the things citizens would love to see during this second year anniversary is a mid-term business report for the state. In the last one week or so, we have seen beautiful pictures and stories of progress over the last two years. This anniversary ‘narrative report’ will be incomplete without a statement of accounts to compliment it. Anything short of this begs the standard.
Unfortunately, in his anniversary address, the governor missed an important opportunity to report back to his people on how the government was managing the people’s resources in the past two years. Apart from mentioning that 600 million was naira spent on WAEC fees for indigent secondary school students and reminding listeners that “our exchange rate had gone from the budgeted 195 Naira to a dollar to over 500 Naira to a dollar for the most part of 2016”, the governor’s second anniversary speech made no other reference to government spending or any other fiscal data. Of course no one is wishing that the speech for that cheery occasioned should have been turned into some boring account report, but a little more spending and revenue data in summary would have been quite apposite! Needless to say, for a state that prides itself in the professional background of its Chief Executive, and for a governor who has so expressly and repeatedly committed to transparency and accountability, this must have been a big letdown on his fans.
The good news here is that the state is making slow but steady progress on the fiscal governance front. The bad is that in today’s world, the slow and steady no longer win the race. Only the fast, innovative, and maybe the disruptive, do!

* Written by Tijah Bolton Akpan
Posted by Connoisseur at 15:52