We will not underrate Remo Stars, says Akwa United coach 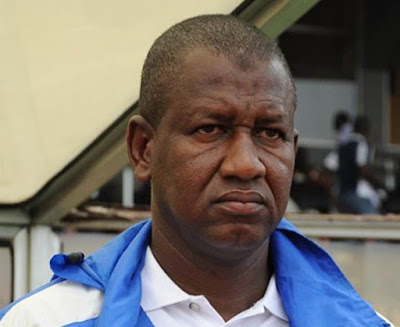 As Akwa United Football club look set to confront Remo Stars FC in one of matchday 26  fixtures of the Nigeria Professional Football League NPFL on Wednesday in Shagamu, Coach Abdu Maikaba has said that his team will treat their host with respect despite their position on the log.
Musa Newman's goal helped the Promise Keepers to a 1-0 in Uyo when the two teams met in February.


The victory was Akwa United's first win of the season, and the Uyo based side have since grew in confidence, picking good results home and away which has catapulted them to 4th position on the log.
In contrast, Remo Stars have endured a turbulent first season in the elites division resulting in them occupying bottom of the log with 13 matches to the end of the season.
Speaking on his team's preparation ahead of the Wednesday's game, Coach Maikaba emphasized that they will approach the game with the desire to win.
"We are fully prepared for this match. We will go into the match with strong determination to win. The match will be tough because the first leg in Uyo was a very tough match".
"Remo Stars may be bottom of the table, but their performance on the field of play does not really justify their position. We have thirteen matches to go and Remo Stars will want to fight till the end to avoid relegation. So we are not going to approach the match with the mentality that we are playing a bottom placed team, but with the mindset that we are facing a team who is on a mission".
"As they are on a mission to survive relegation, we are equally on a mission to make it to the top. So we will be hoping to pick the maximum three points because at this stage, every single point is crucial for us".
Coach Maikaba has selected a team of 18 fully fitted players for the battle of Shagamu.
The Promise Keepers will be motivated by their goal scoring prowess which has seen them scored 14 goals in eight matches while conceding only three.
Victory against Remo Stars on Wednesday will push the 2015 Federation Cup champions into the top three and also boosts their confidence as they continue their quest for a maiden league title.
Posted by Connoisseur at 01:33